I am stoked to report that the beer can stove I made several months ago passed it’s field test! Two rounds of boiling supplied a cup of Starbucks instant coffee and a pot of oatmeal for two — but not without some misadventure.

The field test took place in the meadow camp of The Nature Friends, an outpost of German hospitality found just off of Panoramic Blvd. in the Marin Headlands. After a soggy Friday night ride from Mill Valley, I woke up to clear blue skies and robins bouncing after morning worms. Around the camp, cathedral spires of Doug Fir framed a stunning view of Muir Woods spilling to the sea.

In spite of the view, grogginess and hunger soon demanded my attention. Before any coffee or oatmeal could be had, I needed to fashion a pot stand. Luckily, this move was premeditated and I brought along a handful of bike spokes for the purpose. Just before the watched pot boiled, the stand collapsed — to the horror of my under-caffeinated camp mate! Luckily I caught the pot with lightning quick reflexes, honed from a lifetime of klutzerry. 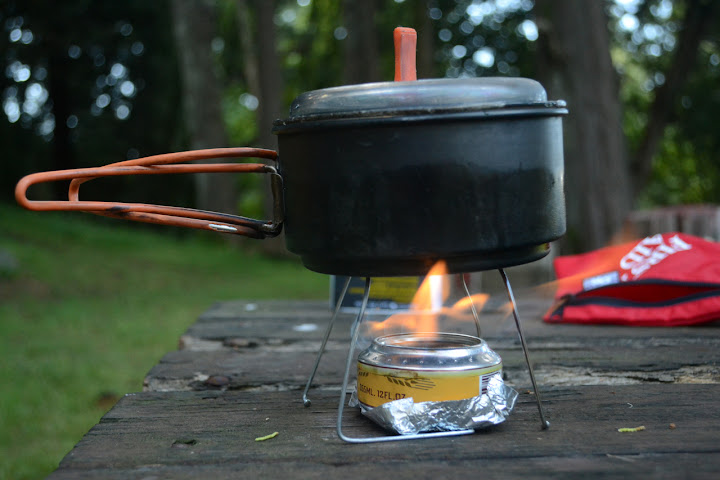 Thar she burns! But not for long!

Luckily, I had just had a conversation with a friend who works at a community supported cooperative kitchen in Berkeley, Three Stone Hearth. This coop dishes up wholesome, Weston A. Price approved take-away meals. While employing typical industrial cooking ovens and ranges, their meals are prepared with traditional cooking techniques in mind. The name Three Stone Hearth refers to a very basic cook stove — three rocks, a pot, and a fire.

Inspired, I handed the half-boiled pot to my sous-chef and hopped away across the meadow to find my three stones! 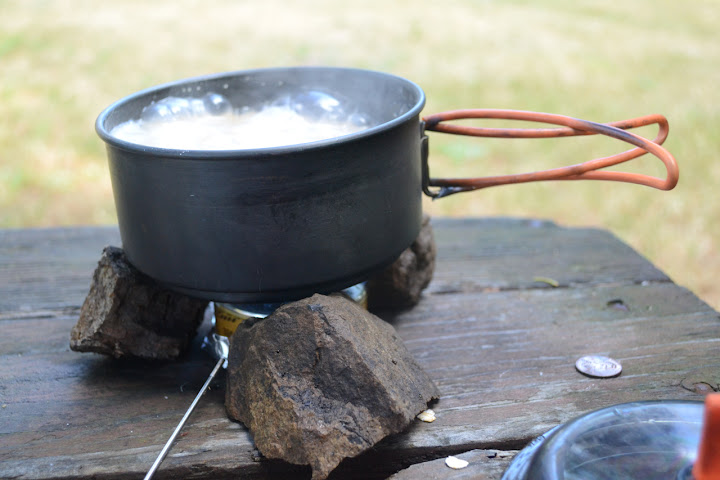 Three Stone Beer Can Hearth. Bonus if you can name the rock. I say weathered Franciscan shale, you say…? 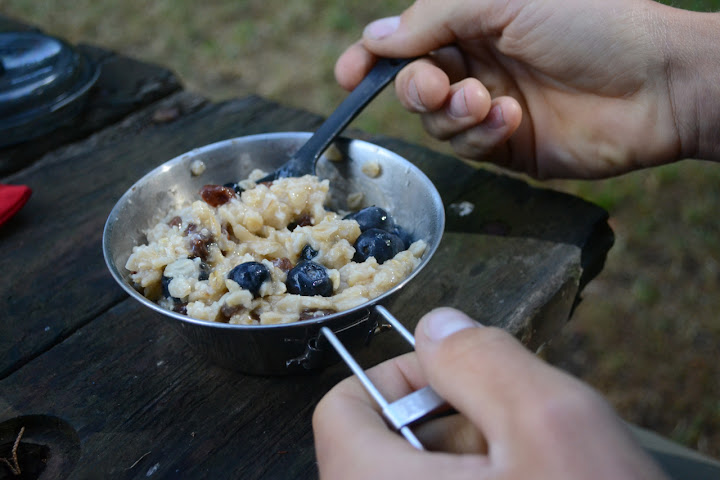 Blueberry, raisin oatmeal. The cure for what ails ya.

This trip also happened to be my inaugural bikepacking overnight. After Iceland and the Sierra Cascades, the Miyata 615GT is an old dog, but the bitch is up to some new tricks. Outfitted with a Revelate saddlebag, my homemade Cordura framebag, and a dry-sack strapped to the handlebars, she rode a bit wobbly but capably through the Marin Headlands. Despite her high center of gravity, I’m exulting over her slim physique. Sans panniers, she easily threaded the crowds on the Golden Gate Bridge. 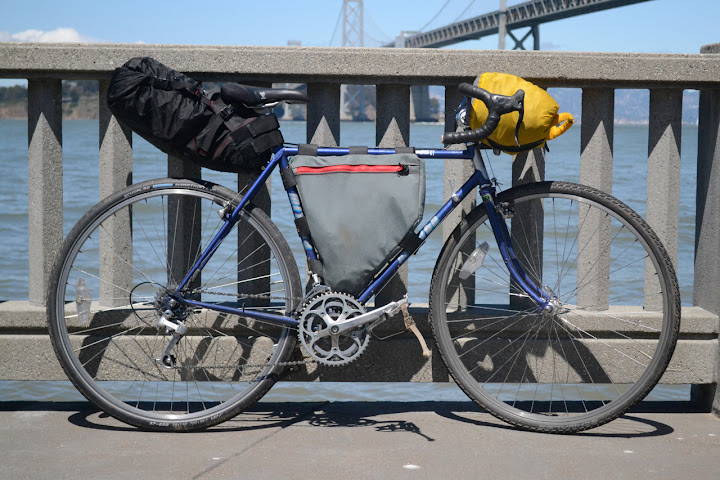 Get ready for some hot Flaming Bike on bike action!  Tonight I depart for a week+ long adventure down the spine of the eastern Sierras. More news soon.

And thanks to camp mate/sous chef JD for infinite patience as I macgyvered my way through breakfast.

Ginger is a human-powered adventurer based in Oakland, California.
View all posts by Ginger Jui »
« I met Scott Duffy the ER Doctor and MY FRIENDS SAVED MY ASS
The Hole in the Head Gang Returns! »