Grrrl gets off the Internet. Rides mountain bike.

I was too square for punk shows in high school, but I sure loved rocking Le Tigre on my Discman. A couple lines of their electroclash riot grrrl act just came back to me:

While I wasn’t doing anything radically political this weekend (like smashing the right wing, the 1%, and patriarchy in one swell foop), I did meet a dozen guys, and one gal, for a mountain biking hammerfest at Skeggs Point. For the six of us who stuck it out, we thoroughly exercised our first amendment right of assembly up and down 6000 vertical feet of redwood gullies and coastal woodlands.

This was my first time riding with the Bay Area Mountain Biking Meetup group. It was also my first time at a Meetup event. Meetup.com is a social networking site for people seeking others for offline adventures. The premise is fantastic. Anyone can start a group around a shared interest — like, Esperanto Speaking Lesbian Single Moms? — create Meetup events, and RSVP to existing ones. The Meetup platform provides crosslinking to Facebook and email updates for pre-event coordination. Afterwards, Meetup-pers can upload photos and review their event. Hearteningly, 5 stars seems to be a common rating for the outdoor groups I’ve scanned.

This former techno-luddite gives +1 to Meetup for facilitating on- and off-line social integration. By self-selecting on a single set of interests — like, riding single track in the Bay Area — other factors are carried along like neutral alleles. While a large number were Silicon Valley tech guys, I also met a wildland remedialist and a swing shift manager. Another +1 for cutting across green, blue, and white collar demographics.

On the whole, the Meetup experience was heartening.  It was a glimpse of the role that the Web can play in 1) getting me out on wicked singletrack, and 2) facilitating a more just and equitable society. Le Tigre came on pretty early on in the Internet revolution. What would they think of full on Internet age feminist shenanigans, like Facebook spamming Virginia Senator Ryan McDougle with updates from their nether regions?

Enough about vaginas. For those more interested in singletrack, here are my pics. 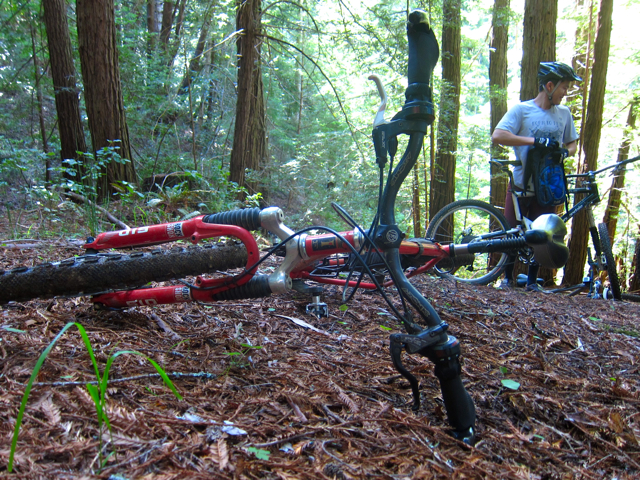 Indy at Skeggs. Several of the guys feared for my life when they found I was running semi-slicks, but as long as the trails were dry, they worked great. 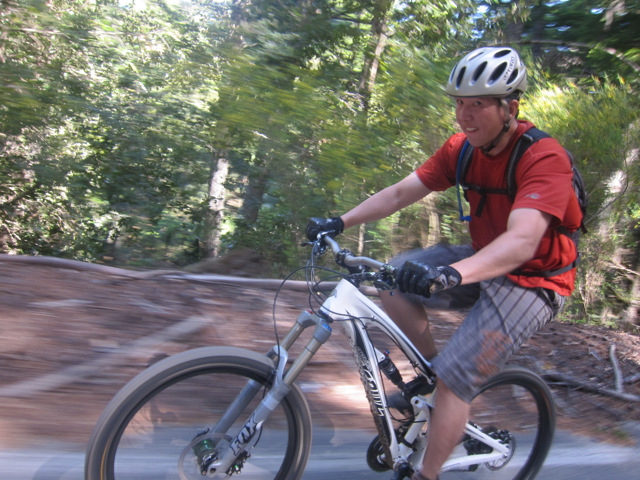 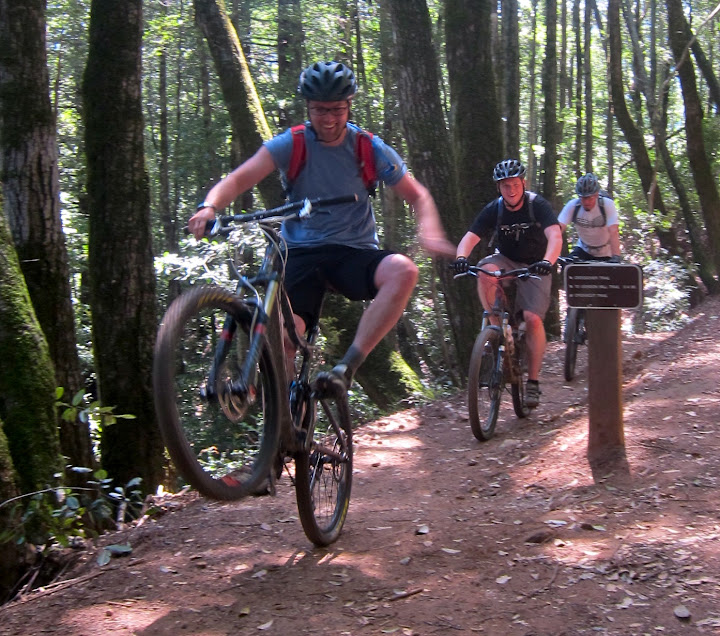 Danny gave me a lift down to Skeggs and then rocked my world with his mad BMX skills. 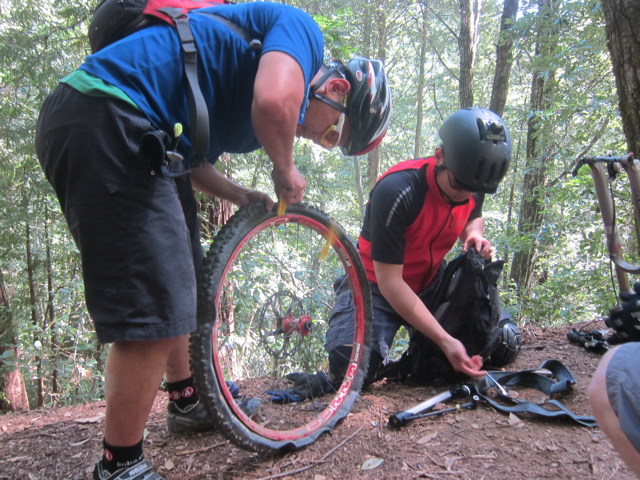 The group of 13 near strangers rode tight and fast and kept an eye out for each other. When one of us caught a flat, I lent out my tire irons and Jason helped the kid fix it. 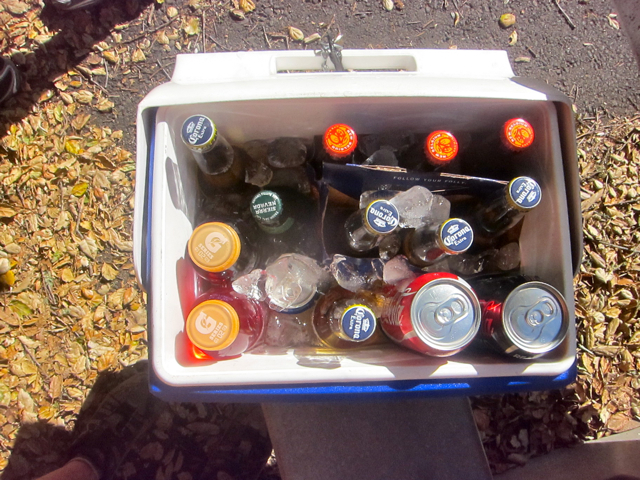 And oh yea, I frikkin’ love this riff. No no no, what are you doing? Don’t click the YouTube! Put it on your iPod. Get out and play!

Ginger is a human-powered adventurer based in Oakland, California.
View all posts by Ginger Jui »
« Mt. Vision Quest
Secondhand bike shops in Oakland/Berkeley »

One thought on “Grrrl gets off the Internet. Rides mountain bike.”