Return to the Planet of the Apes 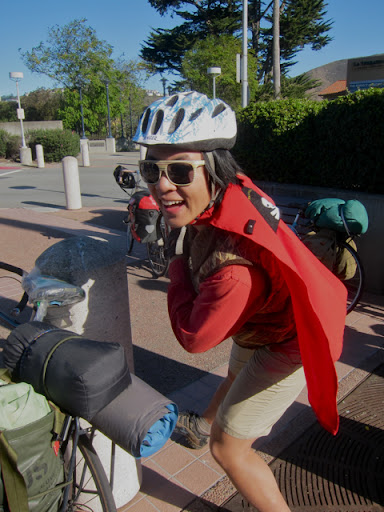 Every hero has an origin story. So too, bike campers. I started this blog four summers ago, after my first ever bike camping trip. After re-reading my inaugural post, Half Moon Bay Overnight, I’m still chuckling at how riding dirt, burning pallets, and carrying a whole roast chicken on my handlebars that trip set the precedent for subsequent rascalry and rapscallionism.

Three years later, our protagonist joined forty super-hero friends and made a Half Moon Bay sequel.

Write back! What’s your origin story?

Ginger is a human-powered adventurer based in Oakland, California.
View all posts by Ginger Jui »
« Half Moon Bay Epic Overnight — Day II
Bike-about »

2 thoughts on “Return to the Planet of the Apes”