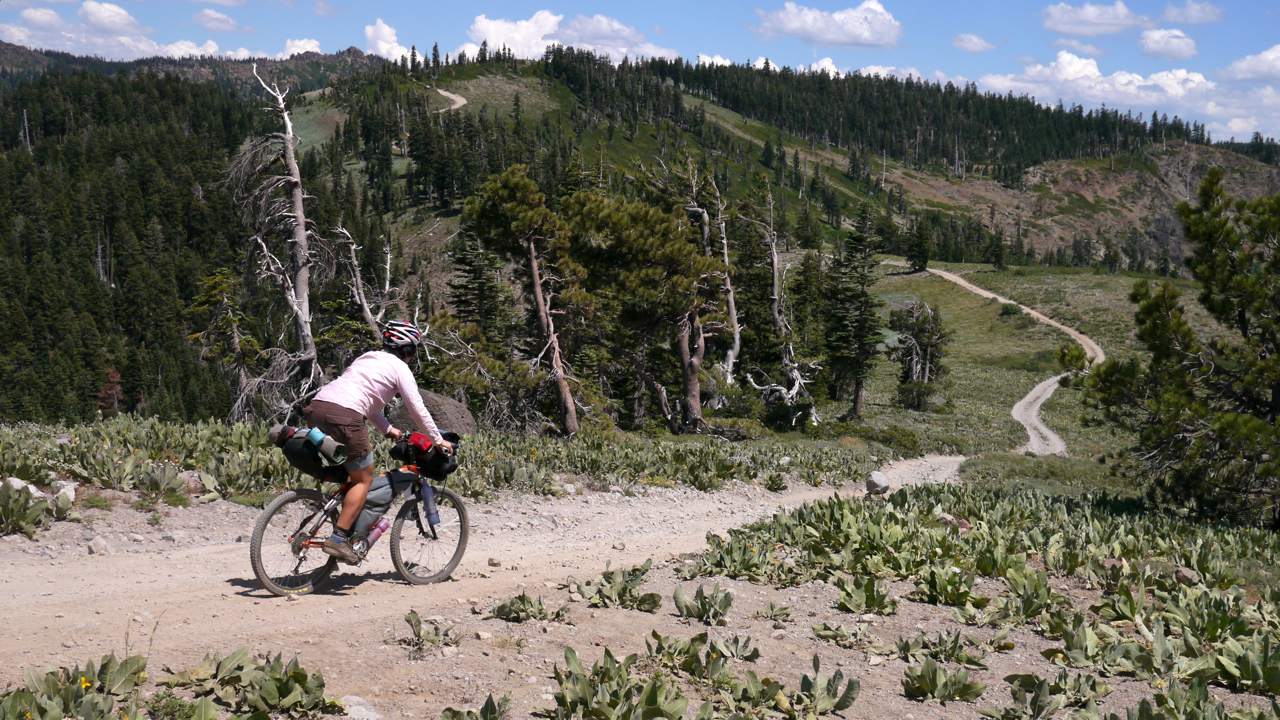 Found myself in the Lost Sierras

This summer Peter and I rode the old roads of the northern Sierras. We carried paper maps and sometimes there was no road at all. Peter grew up in these parts, with a mountain boy’s sense of trail. Ten miles out of town on our first day, he pointed us up gulch from a tributary of the Feather. After hauling our bikes up a vertical slope of timber, sure enough we emerged two hours later at the end of a logging road.

“That’s about how long I thought we’d spend in there,” said Peter at the top.

And with a fine bushwhack to kick off the trip, we picked our way for 6 days on 100 miles of logging roads, mining trails, and old abandoned paths. We camped at lakes and meadows, hit granite bowls on Grouse Ridge, and rode flow trails into Nevada City.

The old roads were built by my great great grand uncles. The work gangs of Gold Rush California – many of them Chinese from the Pearl River Delta – hand built railroads across the Sierras and mule roads into every drainage in between. And while I have not yet traced back a Gold Rush relation, there were gold seekers from my grandma’s heung ha in Guangdong Province.

They fed the rich foothill timber into steam engines to drive stamp mills to crush rock to pave these roads in cobbles the color of cinnabar. After pushing my bike up Baltimore Lake Road – a 4 wheel drive, broken mining track that climbs to views of Donner Pass – I wondered if that great great grand uncle, dynamiting rock for the railroad, stopped to admire the granite peaks before him.

And so to push my bike along an old piece of dirt re-animates the sweat and blood and song that built the old roads of the mountains. Maybe great great granduncle sat here too. Washed his face in the stream and thought of family far away. I ride these old roads in a new country.

With all the side trails and bushwhacks, I gave up trying to handmap our actual route so here’s the route we intended to take. It’s not entirely accurate so get in touch for details. If anything, my point is that riding old roads is not about your GPS tracks, it’s about the story you take away in the end. 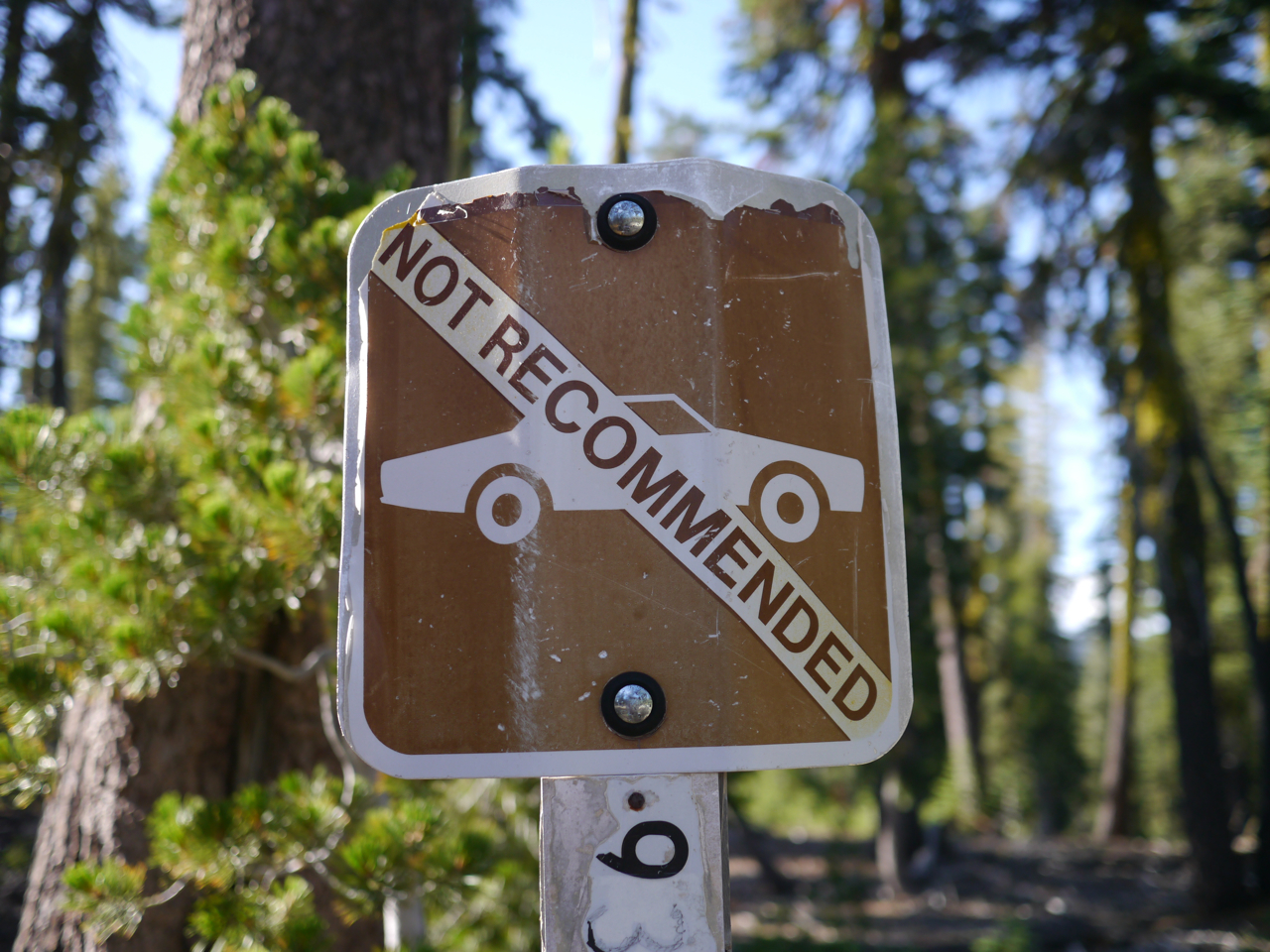 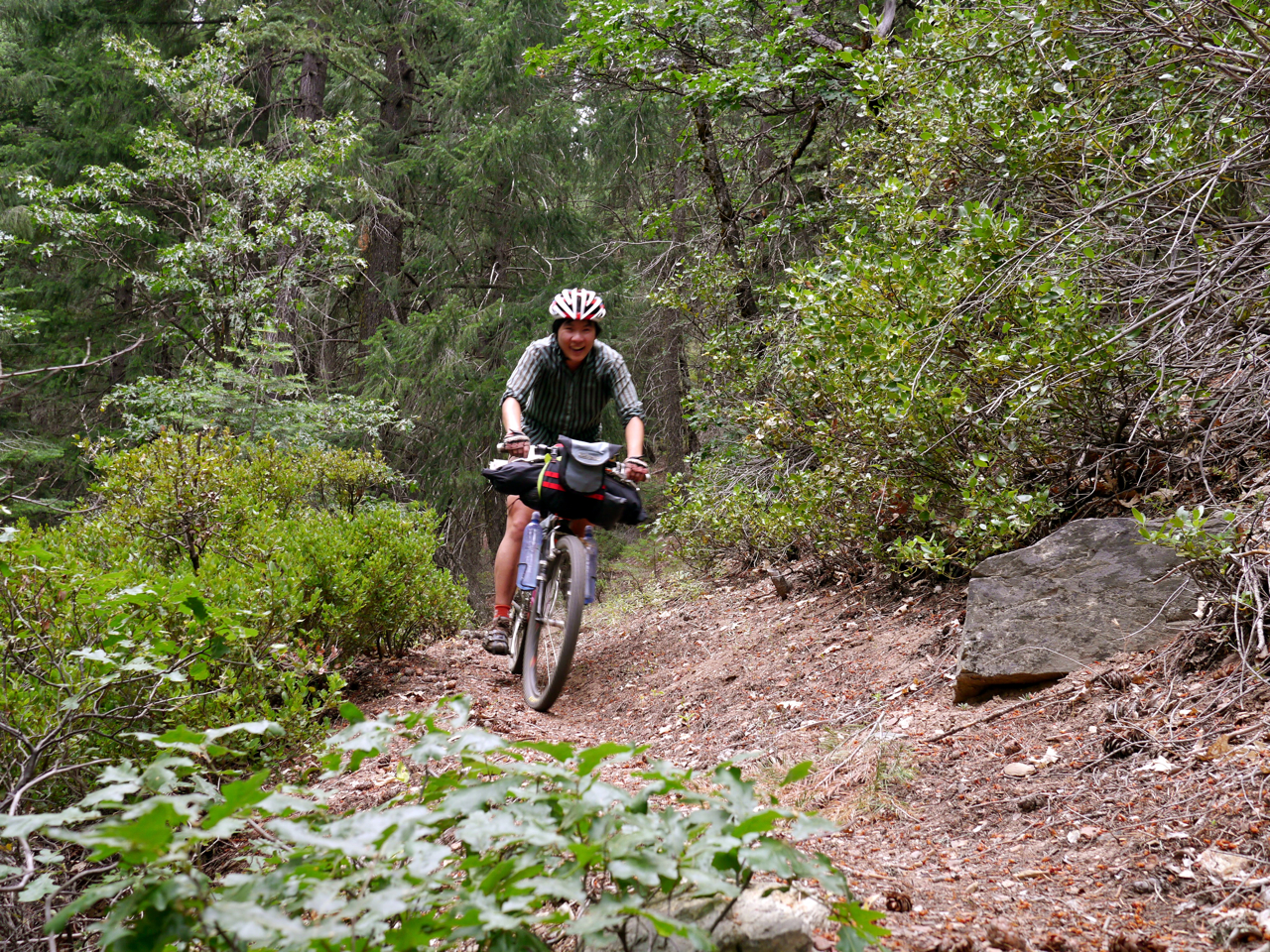 In our insatiable search for rideable single track, bikewhackers swing a leg over the saddle at every opportunity. This well maintained bit of single track follows Nelson Creek. 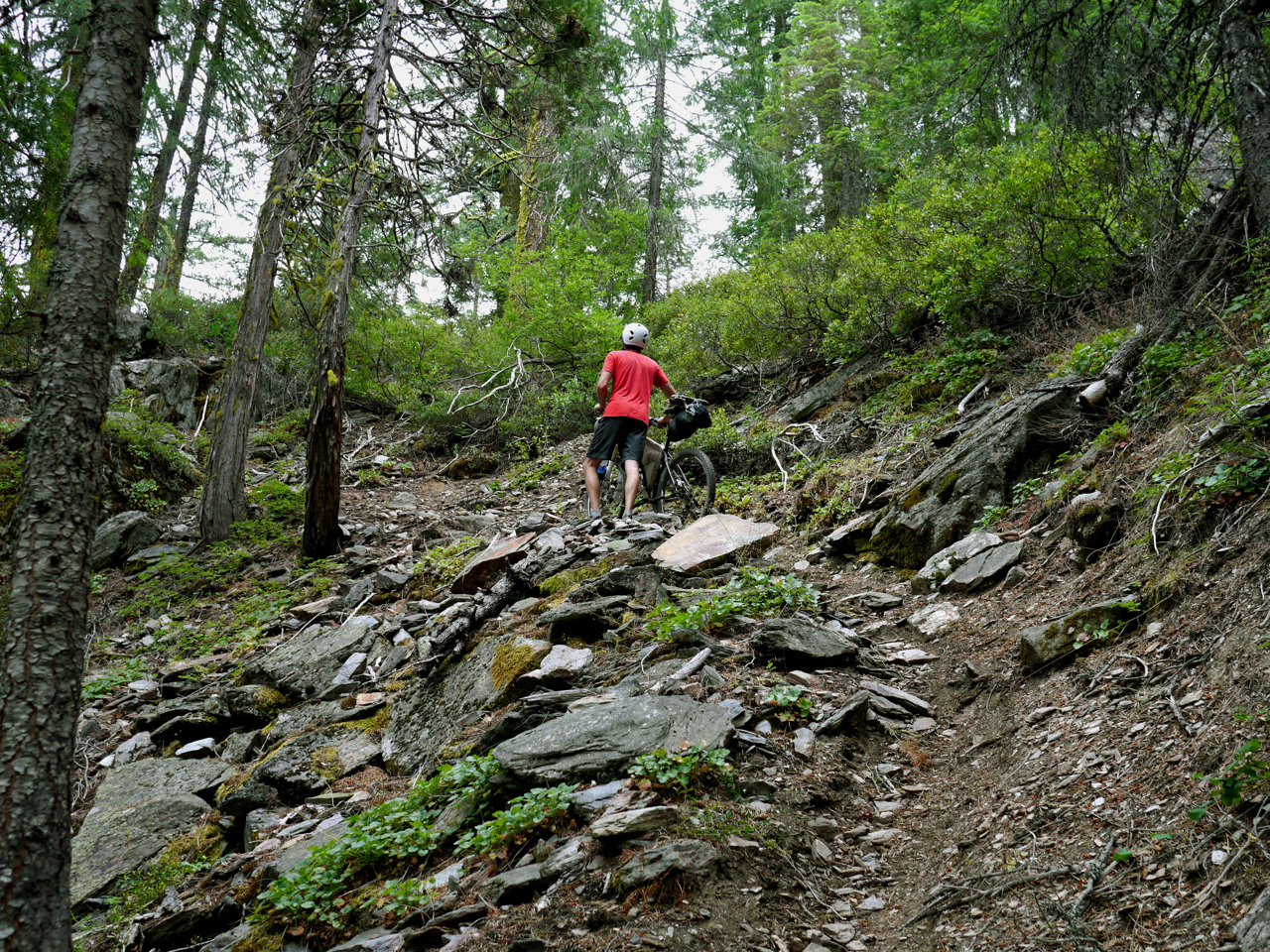 We were soon pushing again up a trail strewn with rough mine tailings. 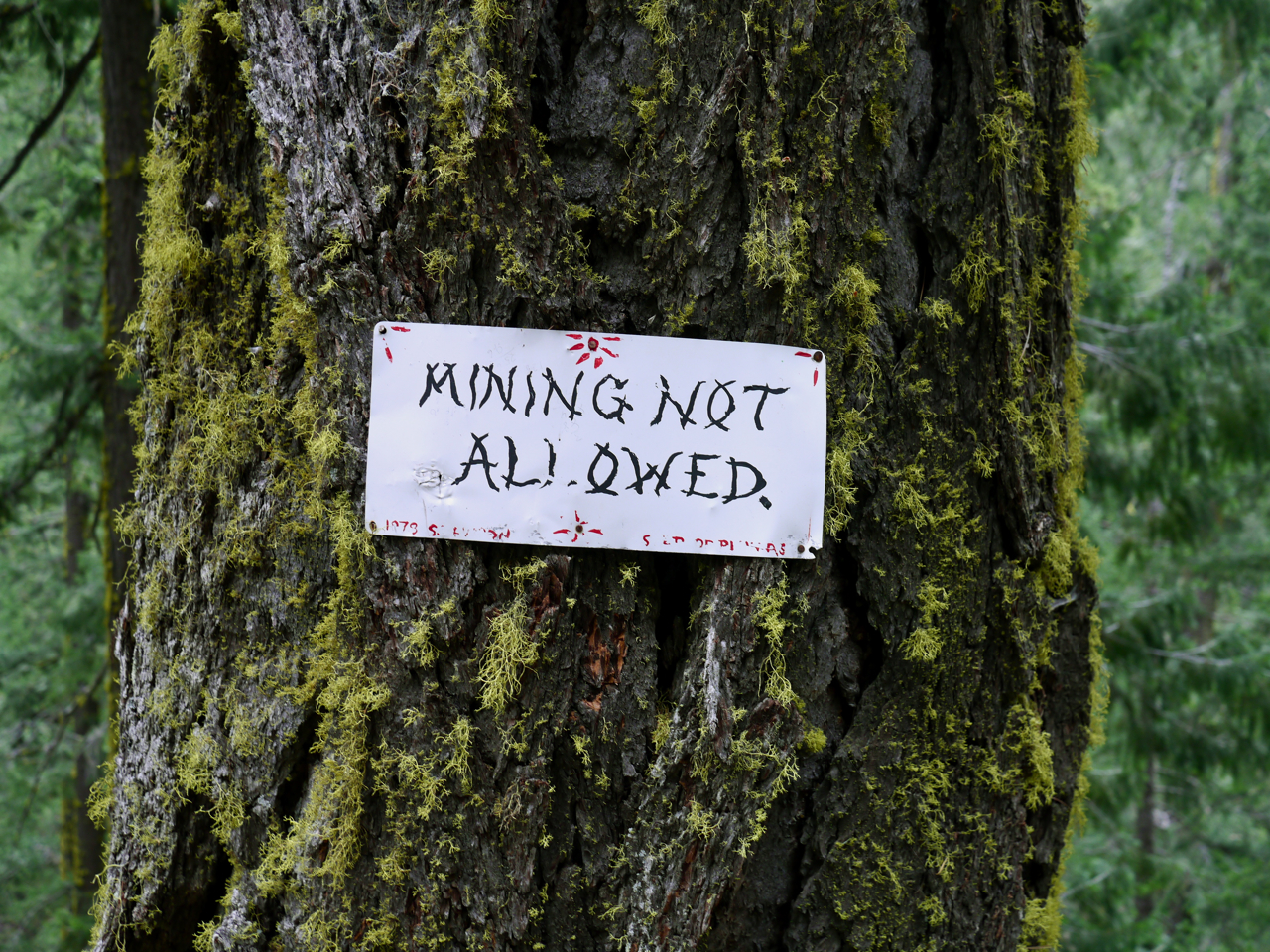 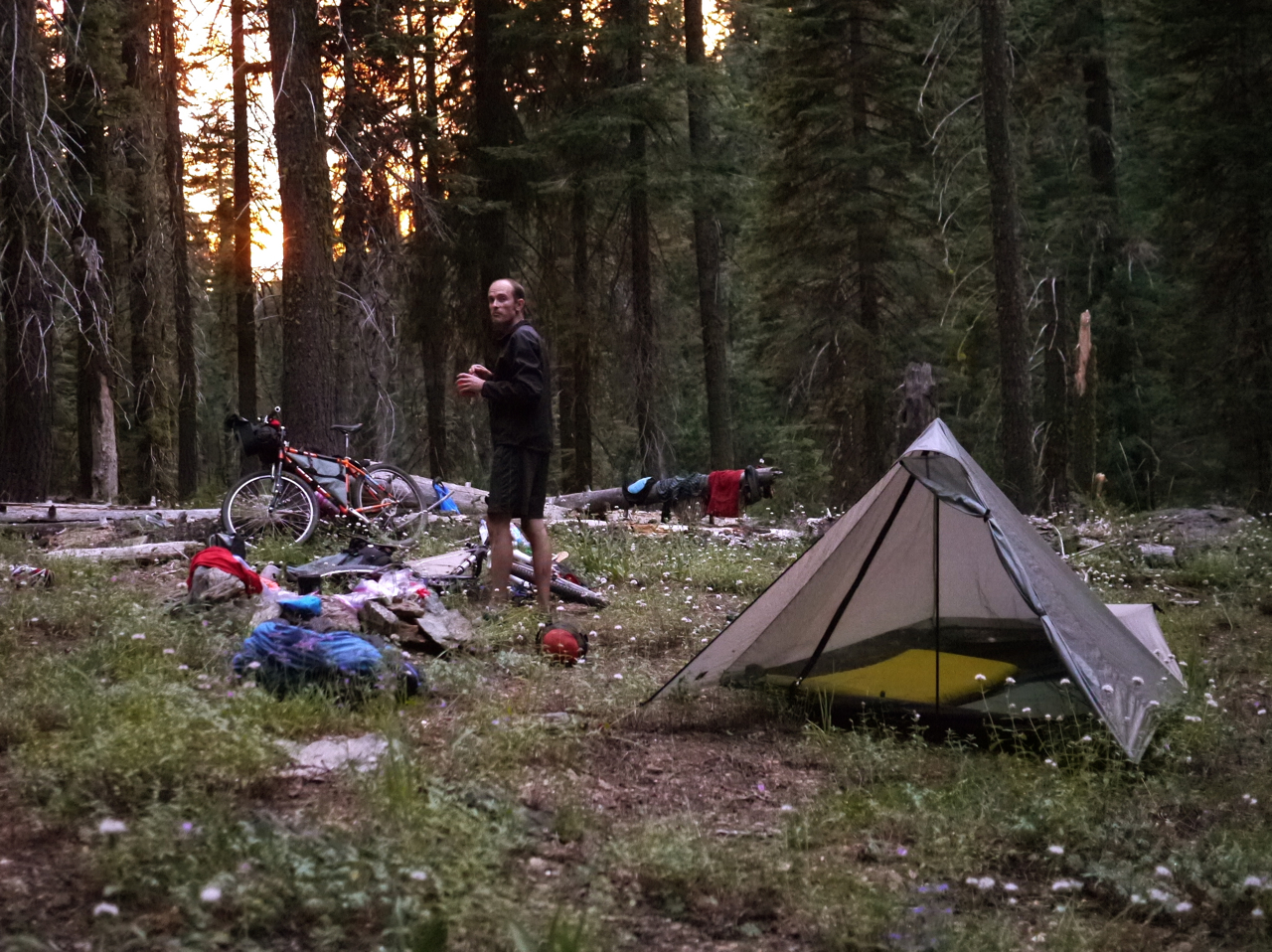 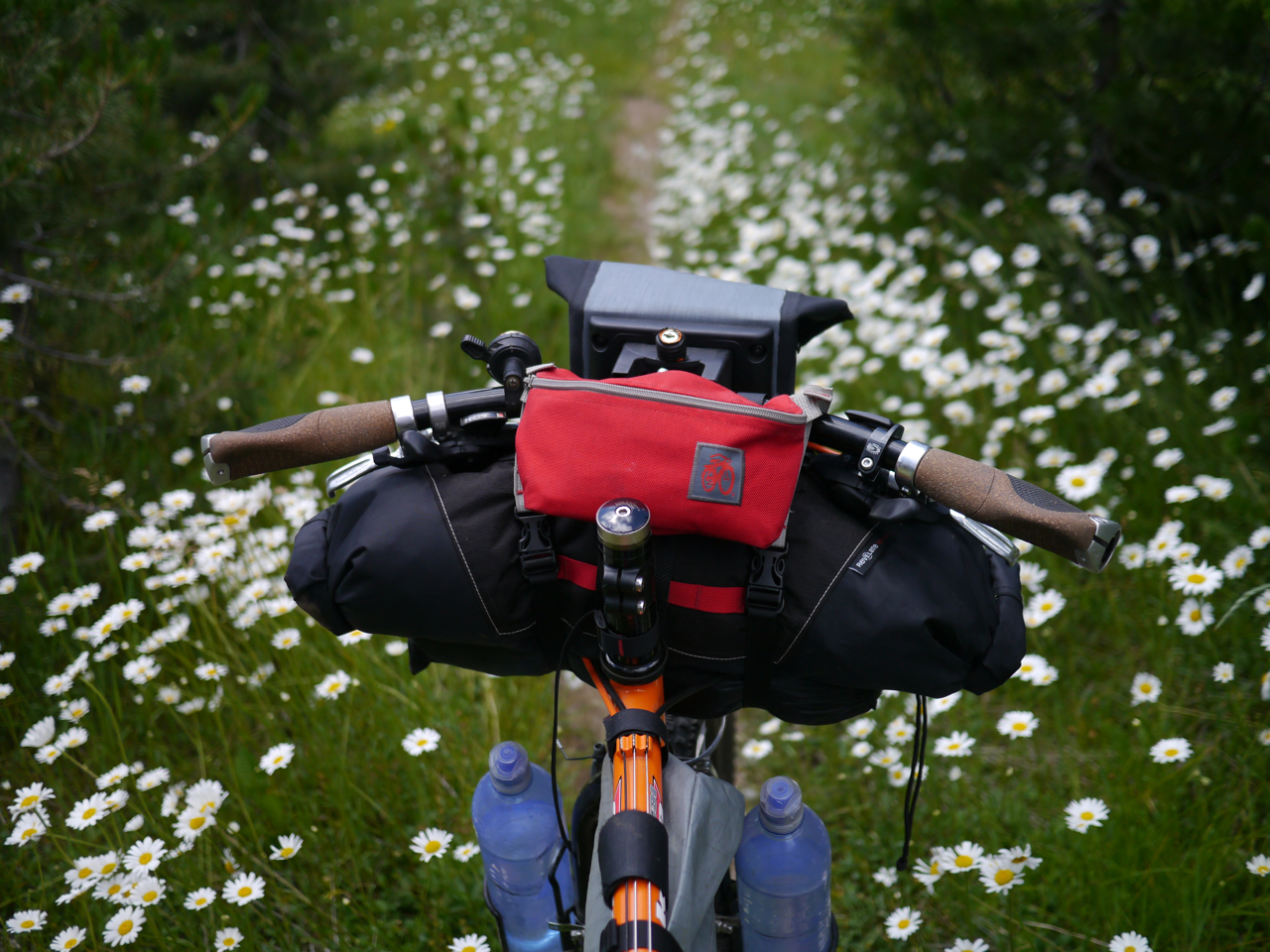 Despite a third or fourth consecutive year of drought in California, McRae Meadows was lush and bursting with wildflowers. 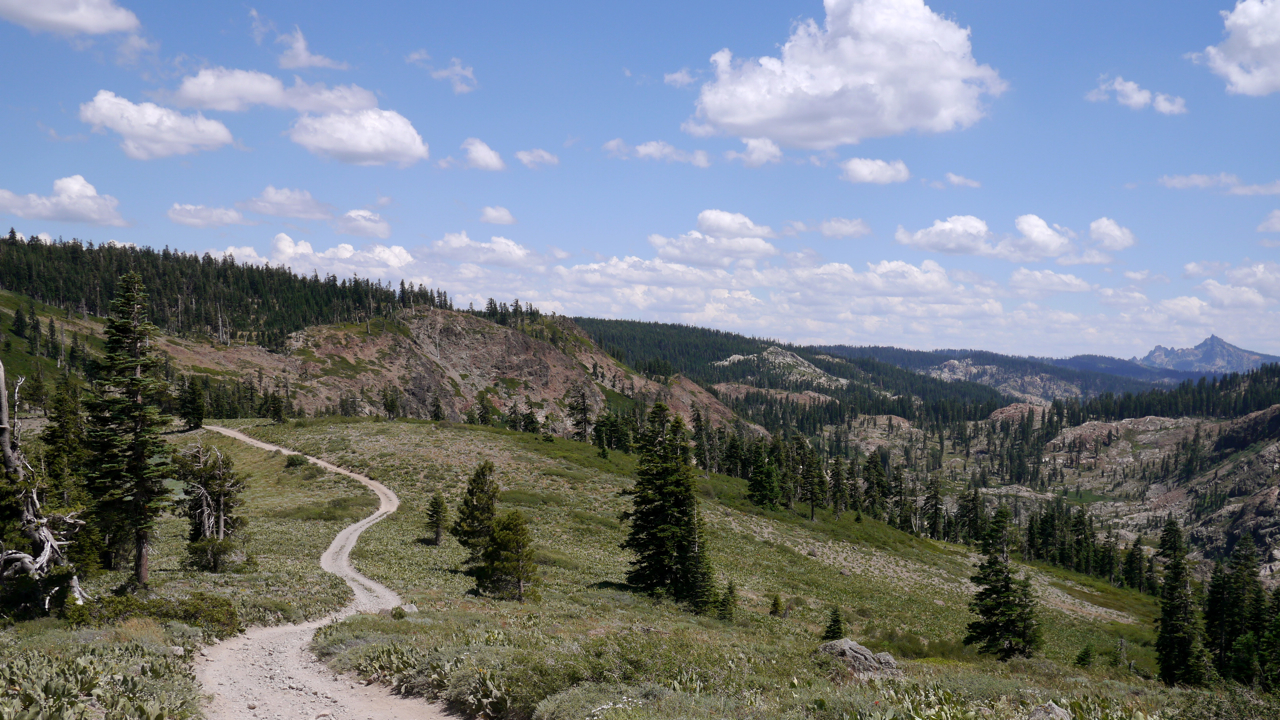 It was late morning when we burst onto this wild panorama. Our destination for the day lay beyond Sierra Buttes in the distance. 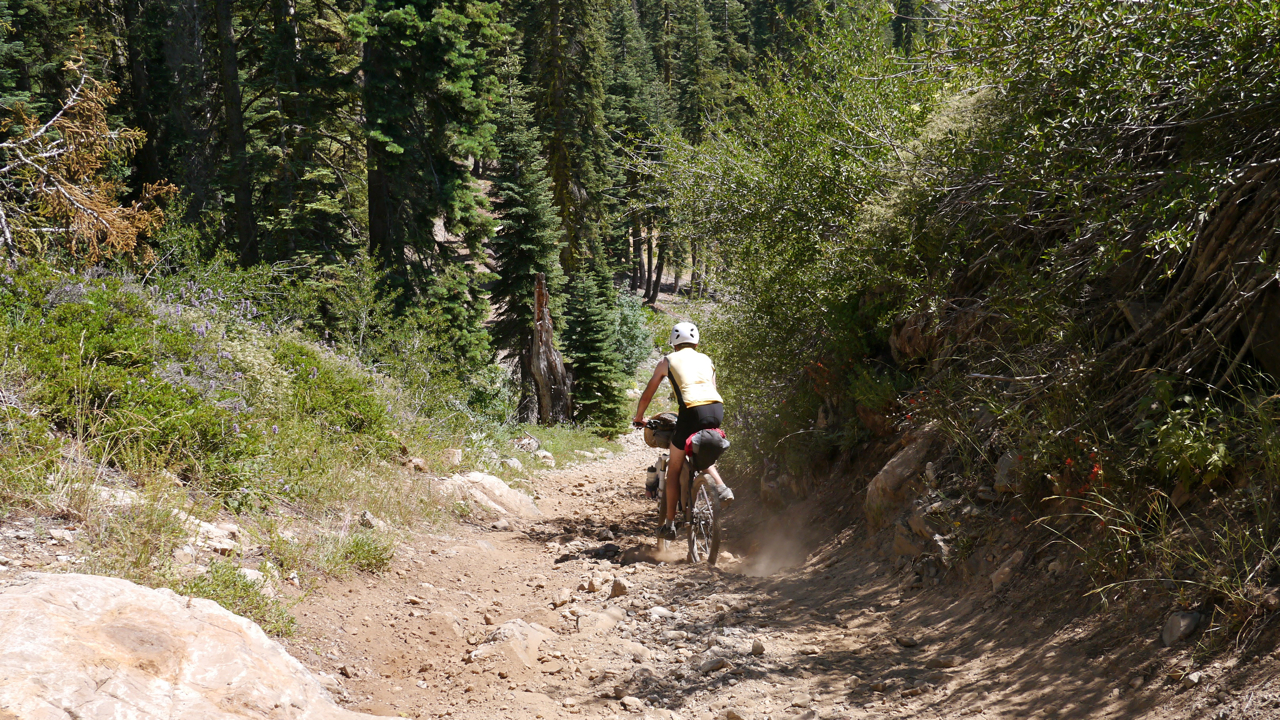 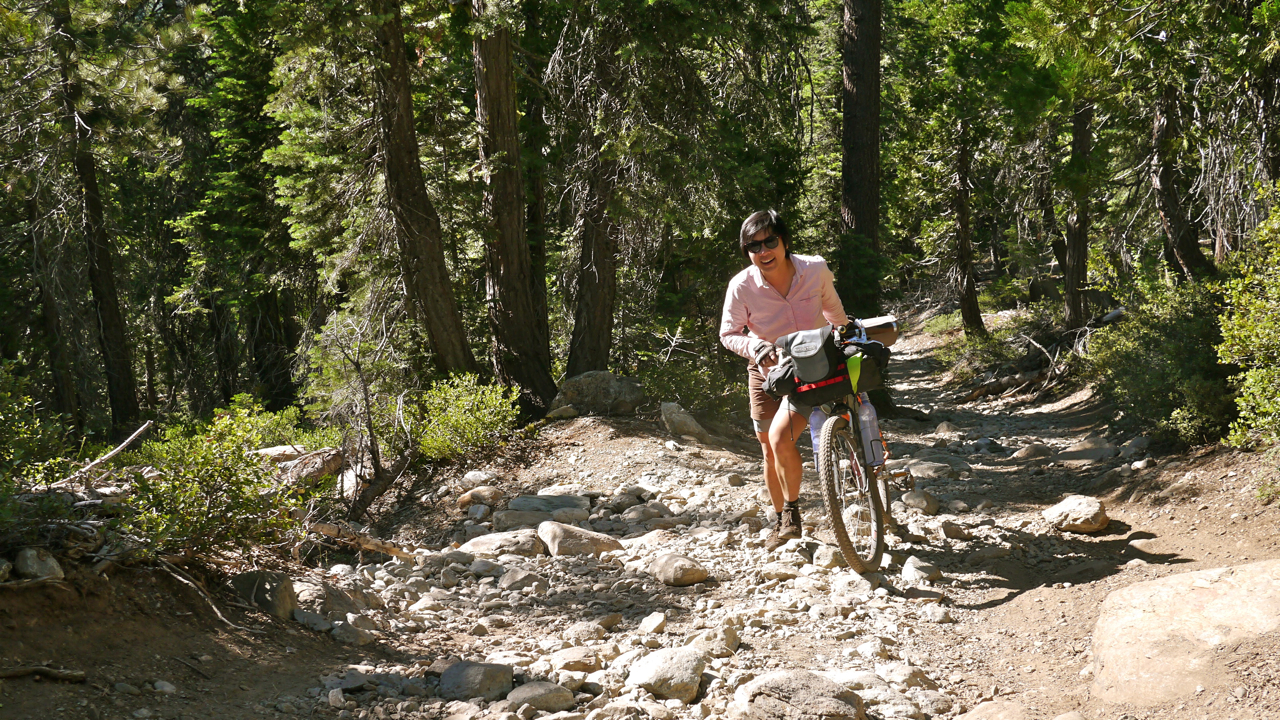 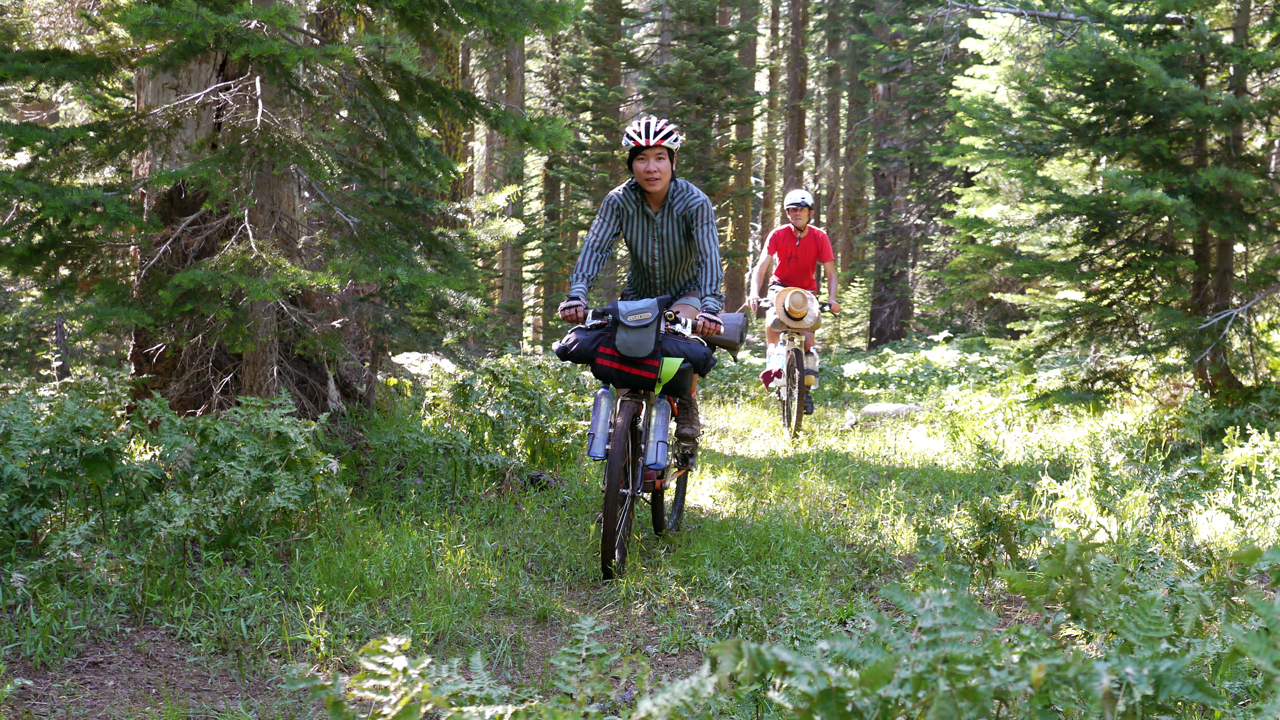 Possibly the only rideable stretch along the Haypress “Trail”. 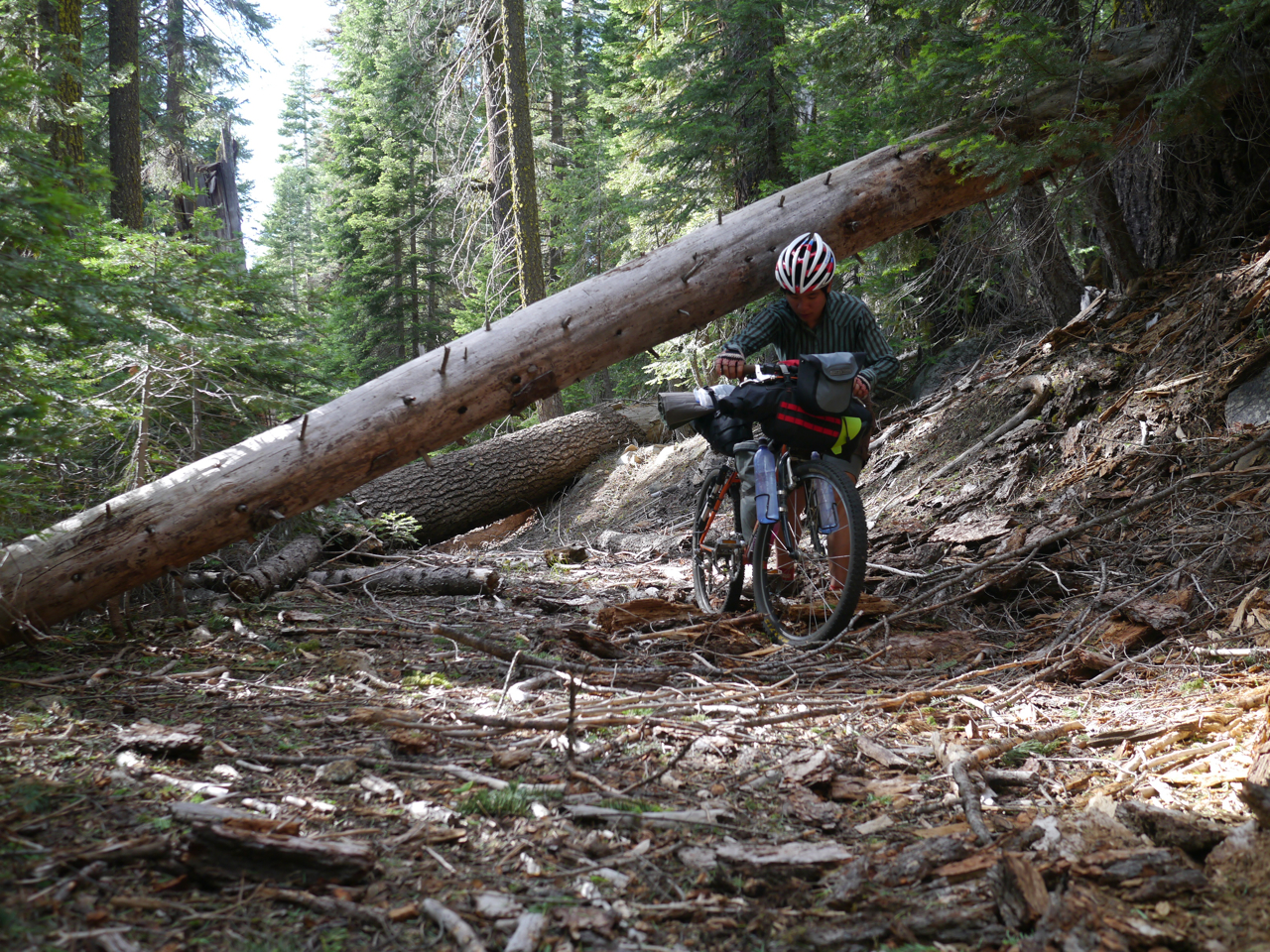 Haypress Trail was soon lost under a massive blowdown. We ended up following an old logging road to make it out of the gulch by sunset. 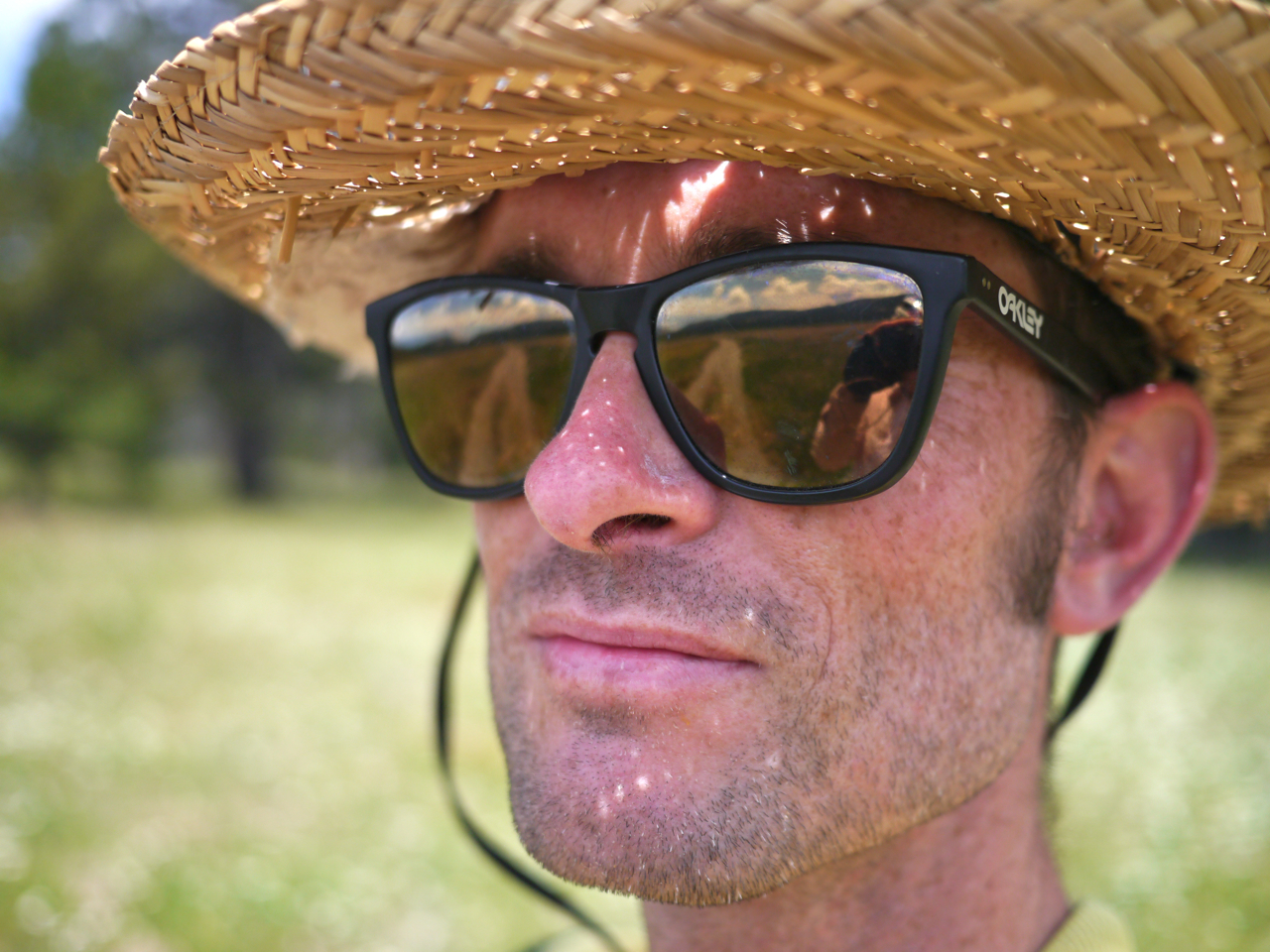 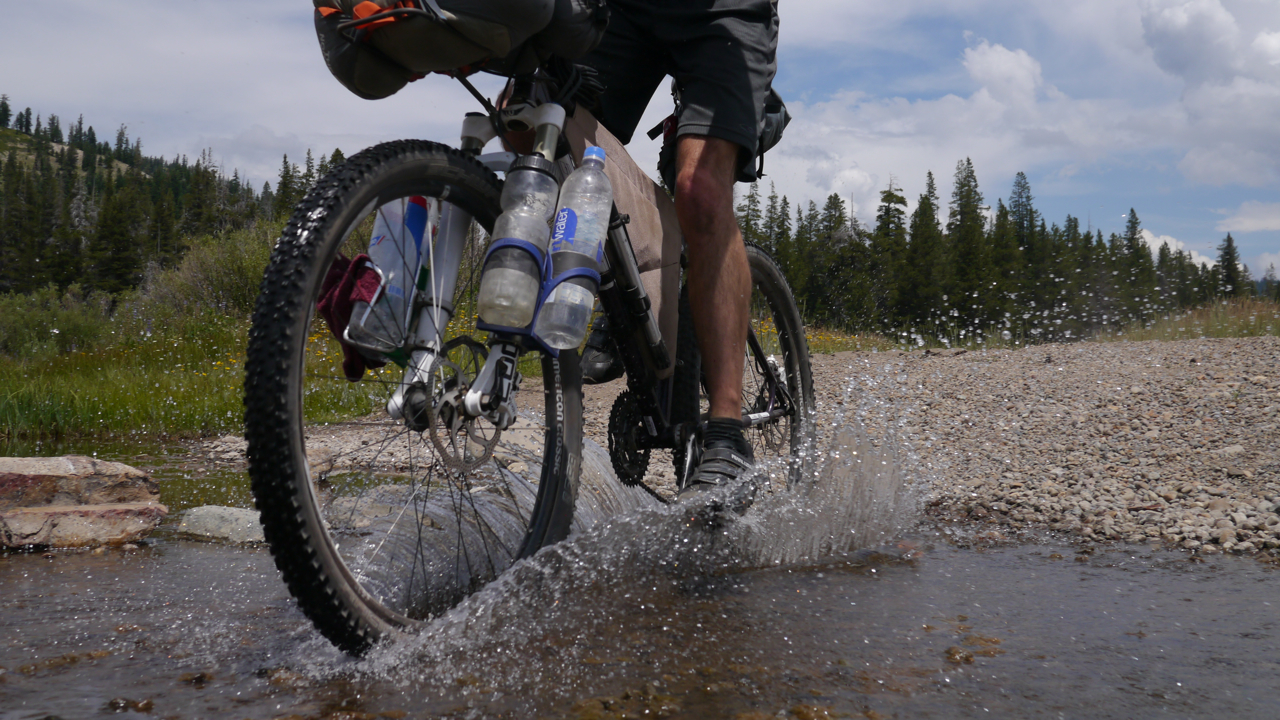 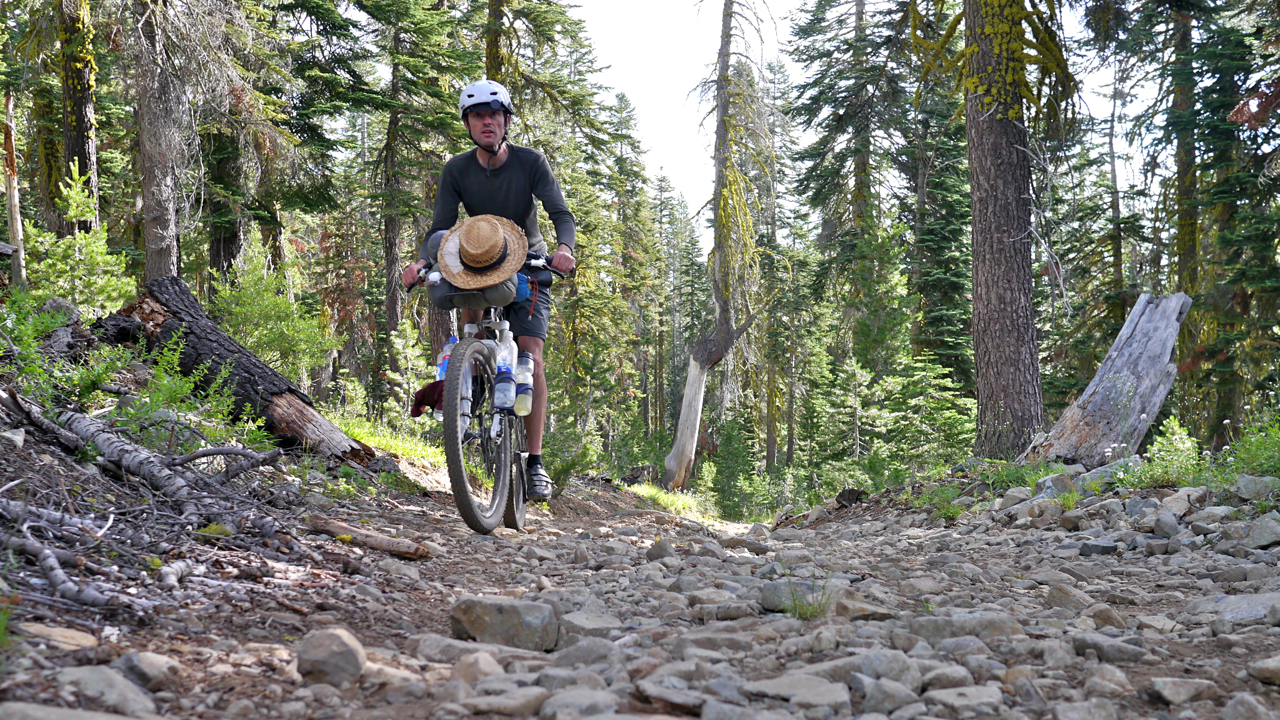 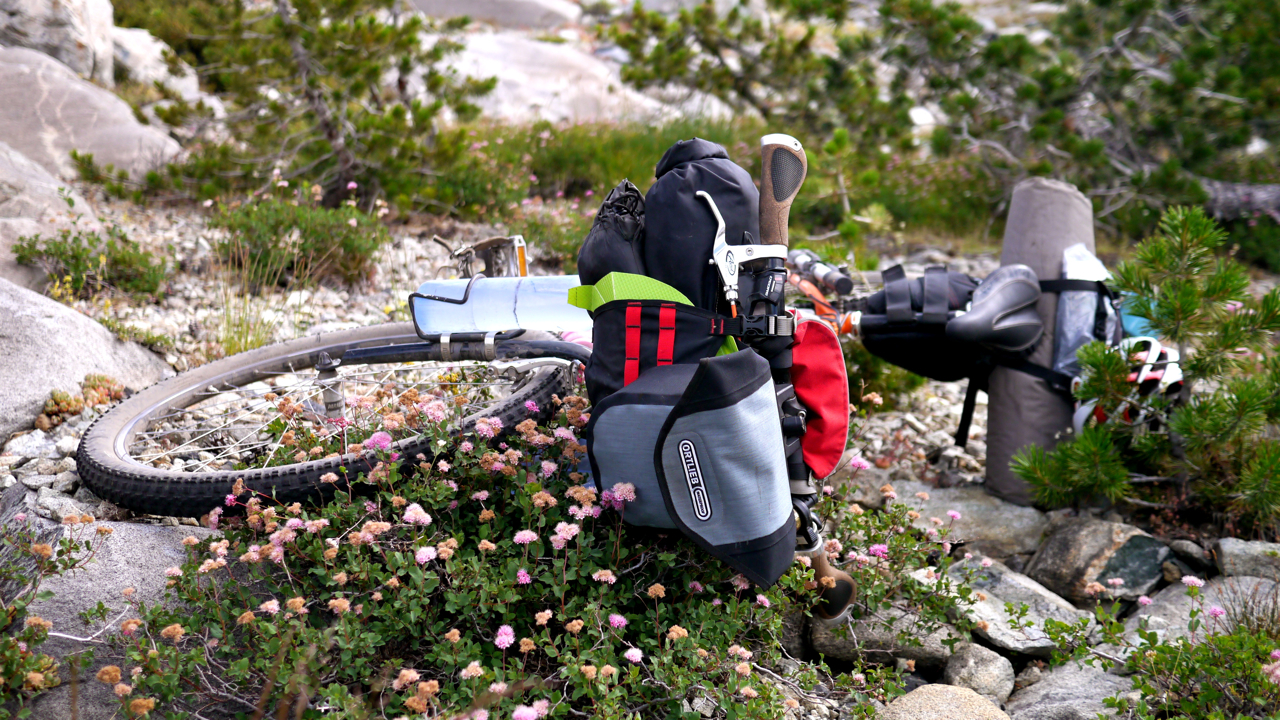 Almost alpine as we drop into Baltimore Lake. 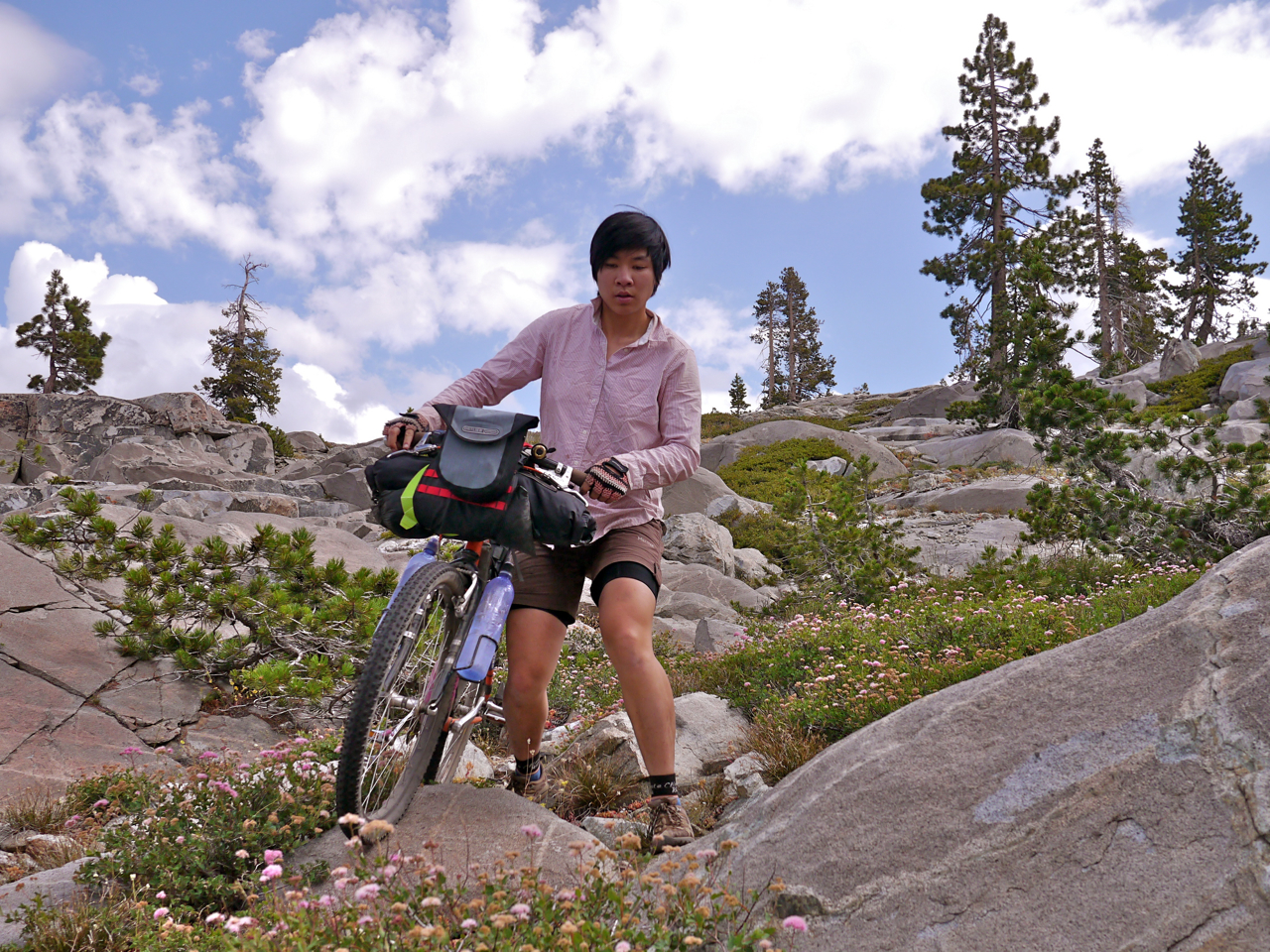 We lost the jeep trail coming over a granite ledge and had to, well, boulder our way down. 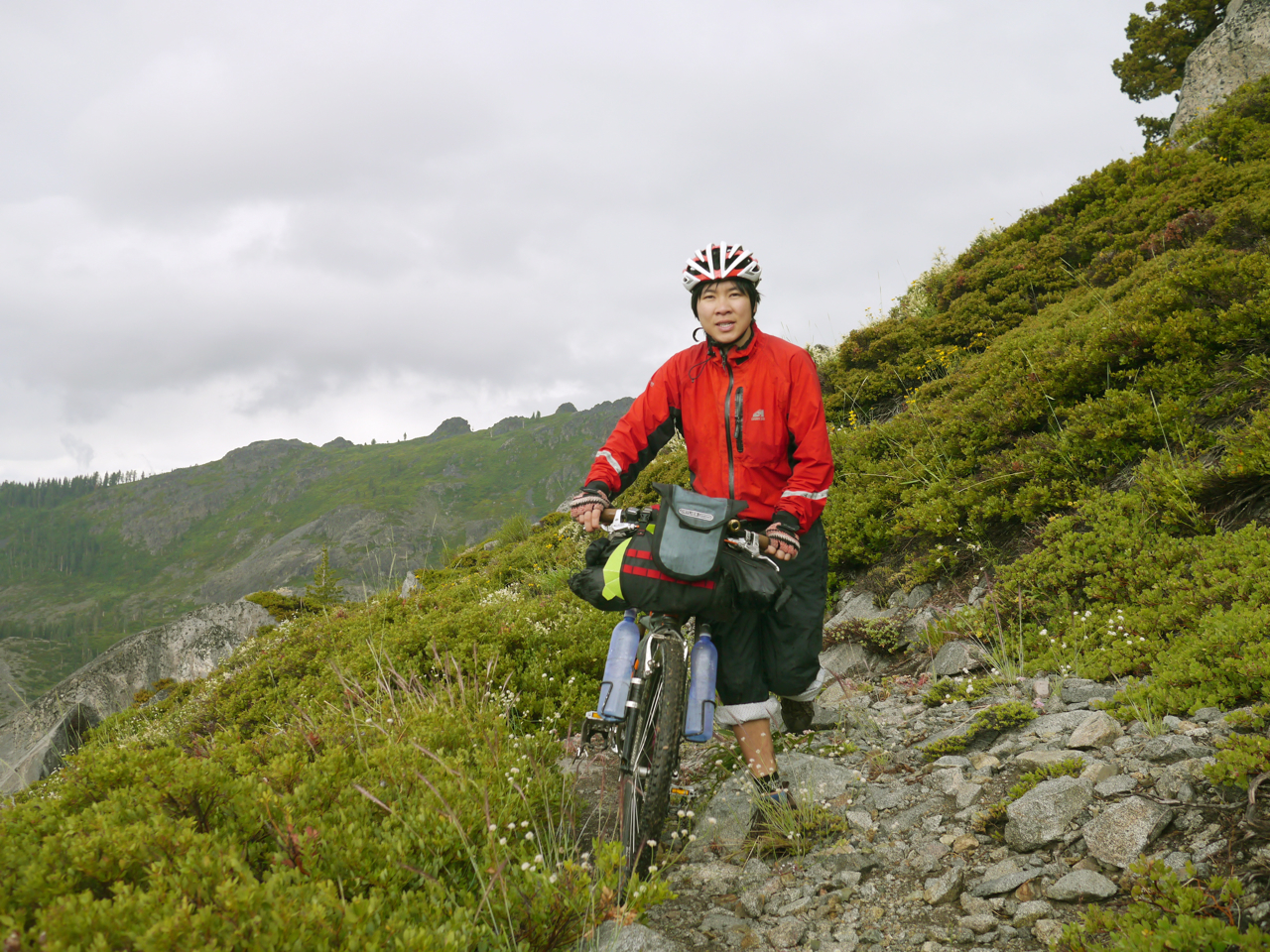 After getting hailed and rained on at the top of the pass, we scrambled off the ridge to put the thundering summer storms behind us. 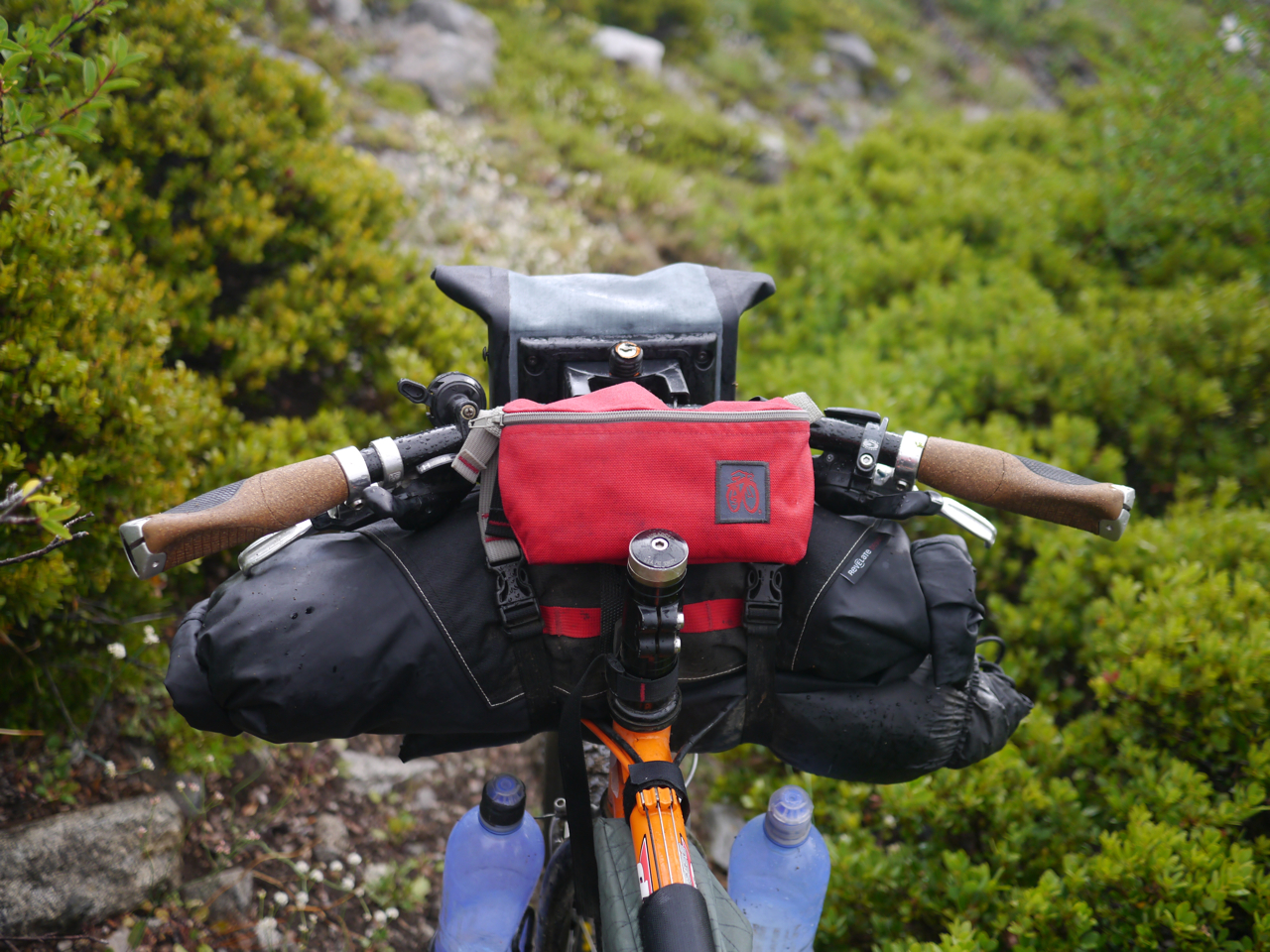 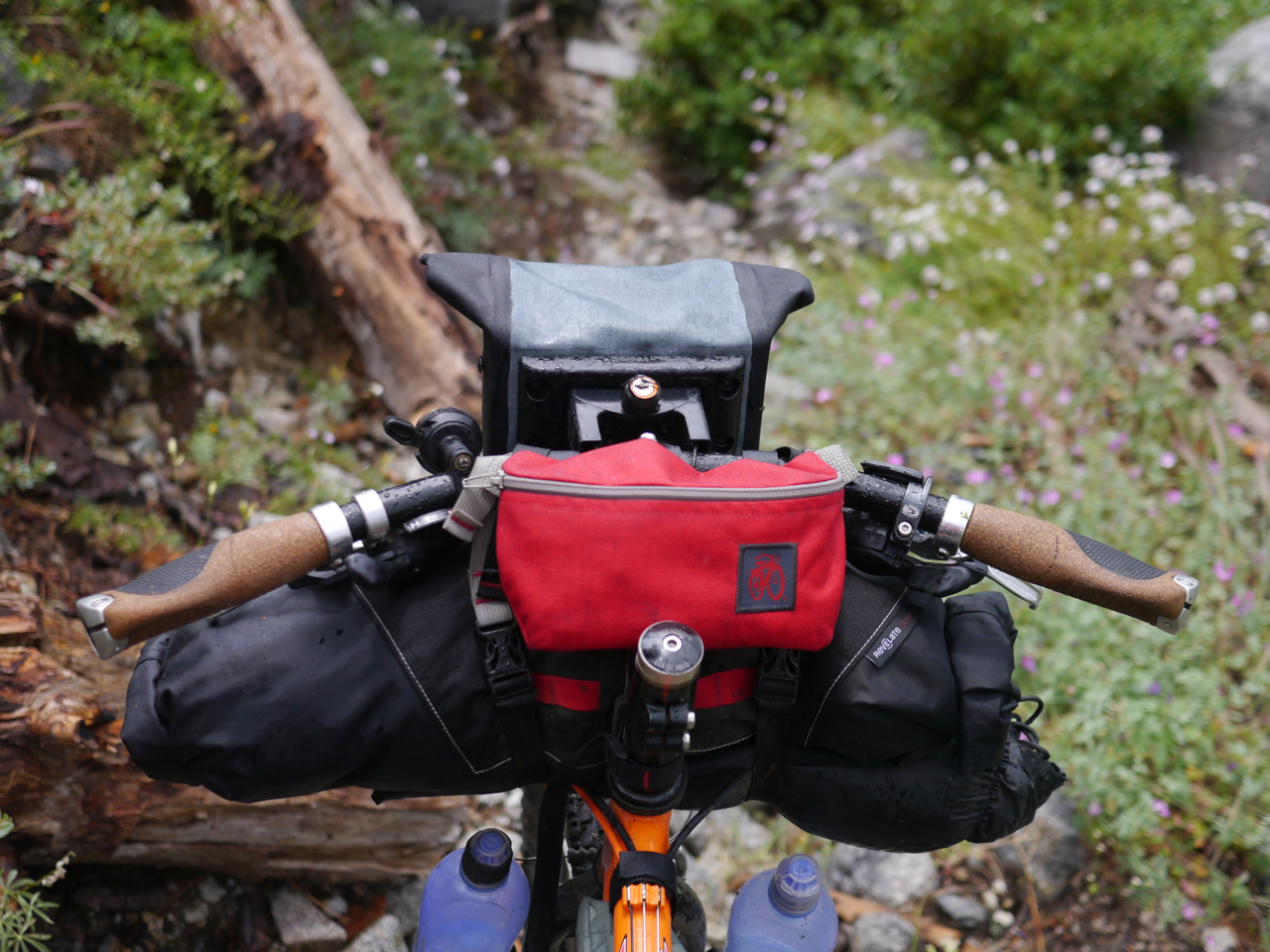 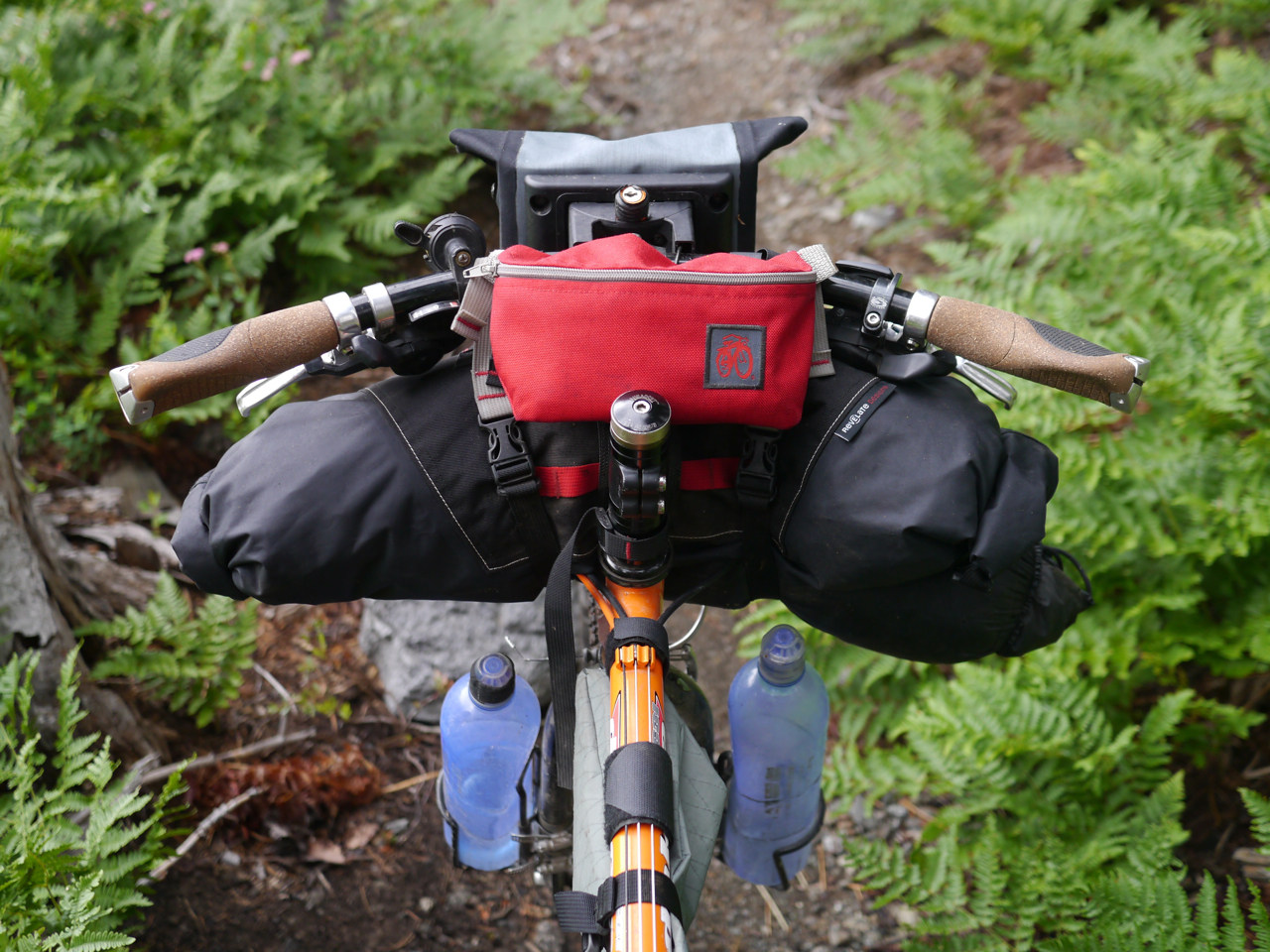 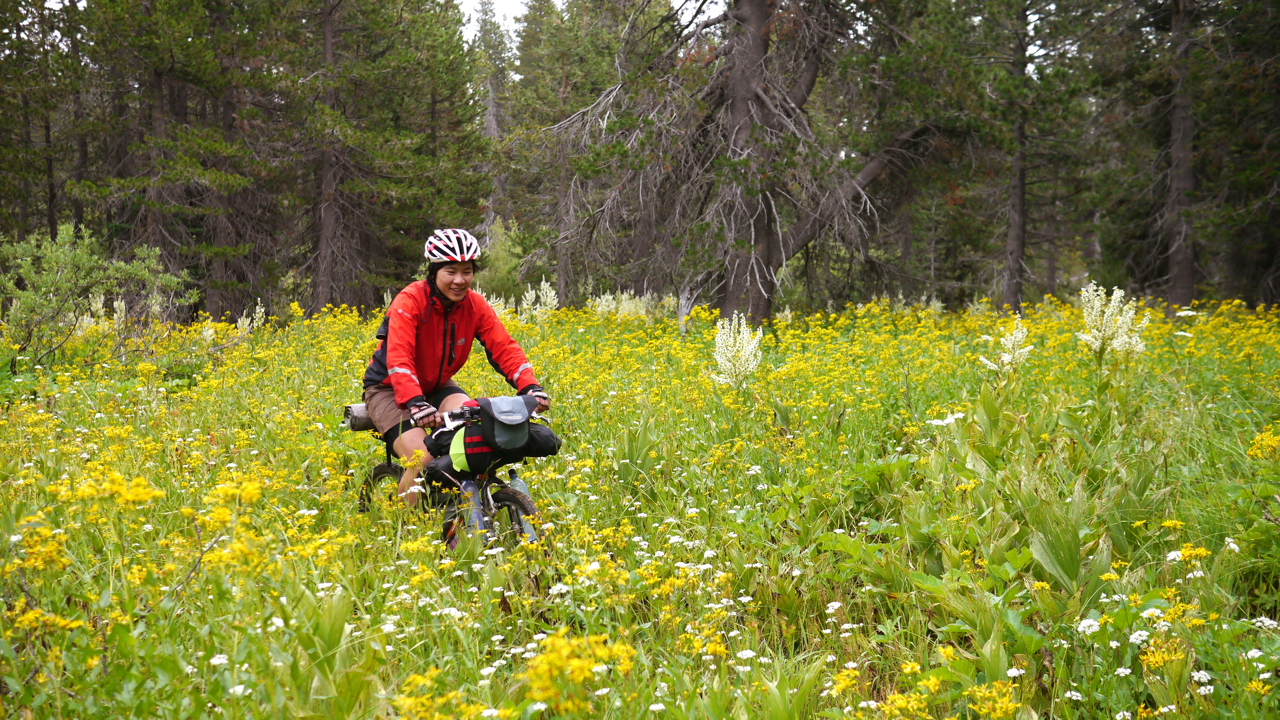 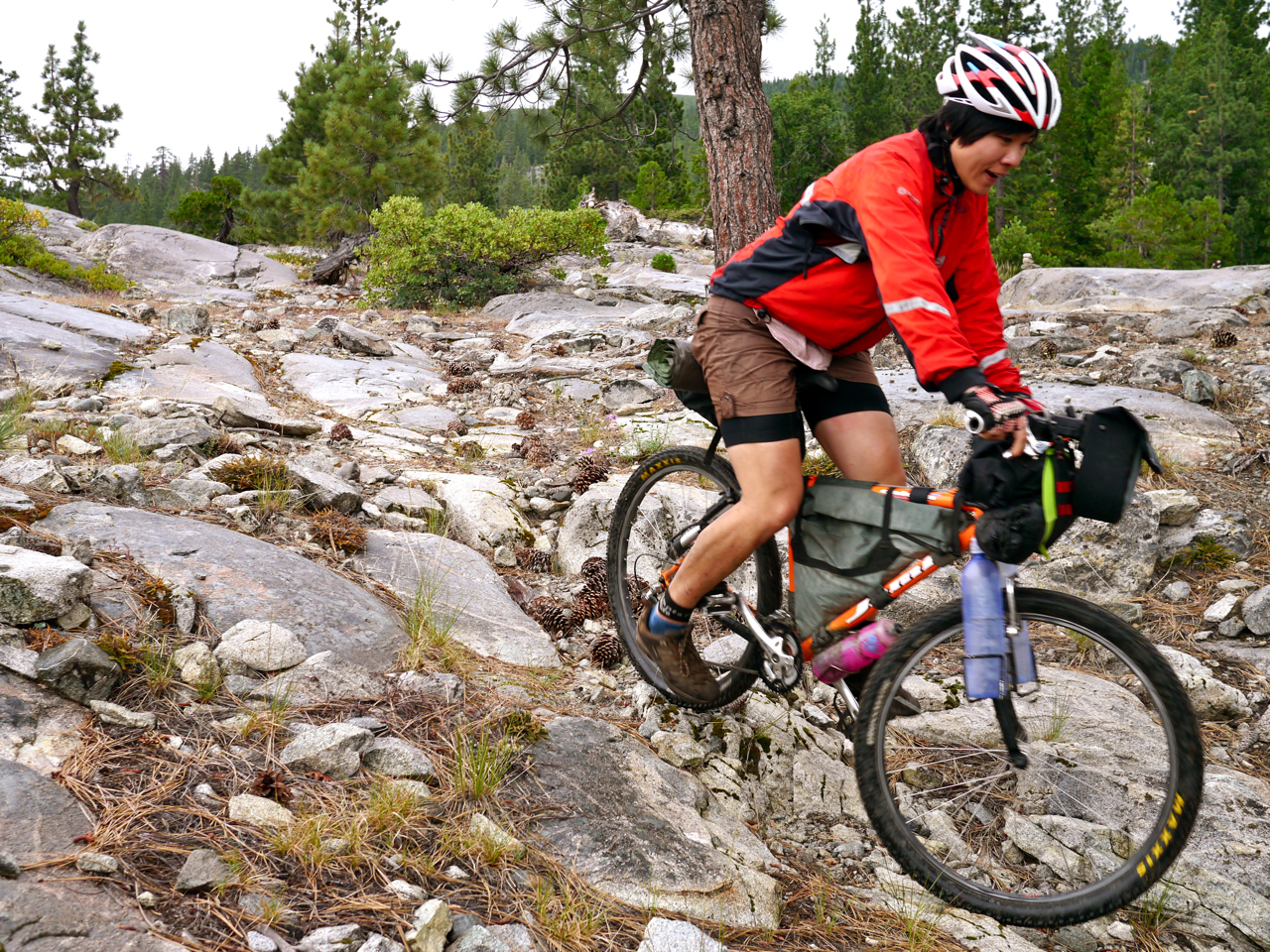 The high Sierra meadows soon turned into tricky slabs of granite for a day of white-knuckle descending. 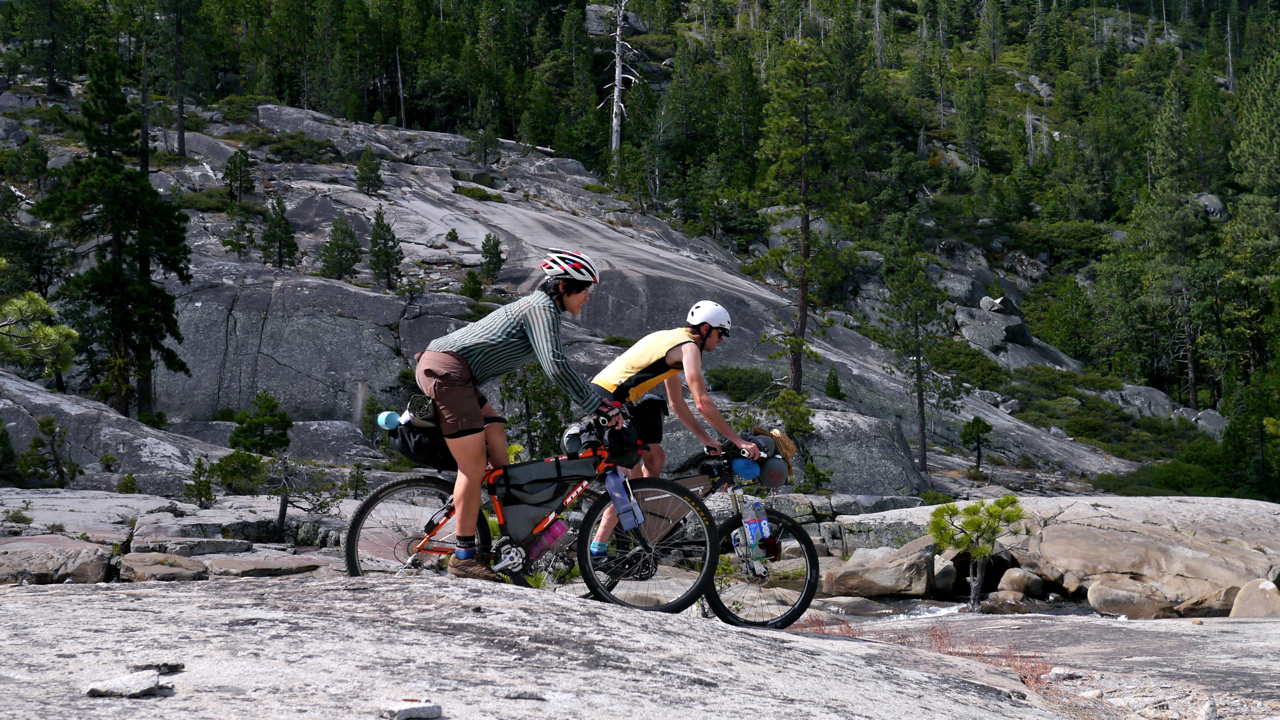 We followed Fordyce Creek as it dove in and out of huge granite bowls.

Tuna tortellini, our final supper on the trail.

I would do this whole trip again just to eat again at Cafe Luna in Colfax – our final stop for getting on the Amtrak bus back to Sacramento.

Ginger is a human-powered adventurer based in Oakland, California.
View all posts by Ginger Jui »
« DIY: Roll-Top Framebag
DIY: Finding Zen in an Origami Bowl »

3 thoughts on “Bikewhacking the Lost Sierras”