The Long Way: Russian River Redwoods Back to the Bay 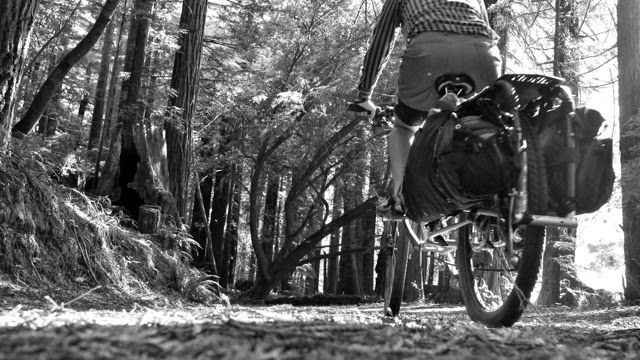 I love the thrill of starting a ride far from home, but also for the narrative of it — start there, end here, and everything else is storytelling. So the story starts, I hitched a ride with a friend and deposited myself on the Russian River. If you’re meandering, its tree-lined banks lay a roundabout 100 miles north of San Francisco — an ambitious but not uncomfortable distance for taking the long way home.

Tucking into my sleeping bag, I watched the stars peep out one by one in the clear purple night. The fog arrived the next morning and so the sky was like an enormous Chinese painting, gray on gray. The pines on the riverbanks became incredible skyscraper silhouettes painted in watercolor wash.

I followed the river road to its end and turned off to the south. Willow Creek Road climbs a tributary of the Russian River into a forest of second growth redwoods. Back in Guerneville, a historical marker in the Safeway parking lot claimed, “Pomo Indians shunned the forest as a dwelling place of evil spirits.” Was this to excuse the timbermen of boomtown California who felled the trees like wheat? Or to enlighten us of folly? Early residents of the nearby mill town, the sign continued, were “forced to wend their way through a maze of huge stumps.” They built railroads with their harvest. 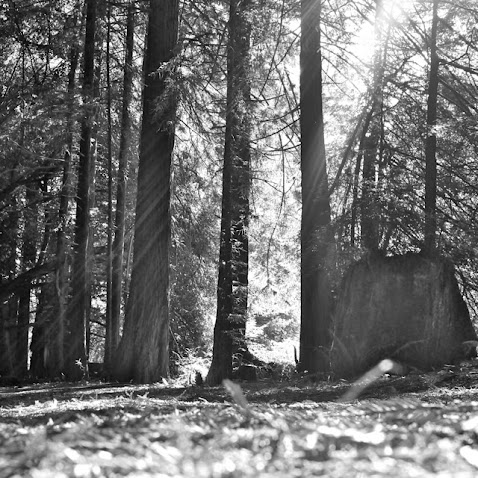 Today, the enormous redwood stumps sprout nurse trees like crowns and the forest is hush and lit like a cathedral. The trees have grown back but the salmon have not. Timber harvesting and cattle grazing have filled in the streams with sediment. To recreate spawning beds and stream banks, a restoration project is felling trees again.

From redwood country, I pushed into the cow roads of northern Marin County. We have seen a single day of rain after the second driest winter on record and the rolling pastures were sunbleached and fallow. Gathered cows ruminated over bales of hay, likely harvested from irrigated Central Valley pastures. I rode across a dry reservoir and camped for the night.

The next day, I threw my cargo bike — moderately laden but still laughably heavy — over a zig-zag corral at the Bolinas Ridge trailhead. From overgrazed pastures, the rutted road climbs steeply along an edging wood of Douglas fir. In wetter years, I have seen seasonal springs seep to the surface and there grow scattered groves of non-native eucalyptus. Past that, the road dove again into a run of redwoods — an outpost of the once nearly continous maritime band of giants I last encountered 60 miles north. Whereas Willow Creek’s stumps were overgrown with delicate constellations of oxalis, here the dry ridgetop carried a drought resistant understory of  sword ferns and tanbark oak. 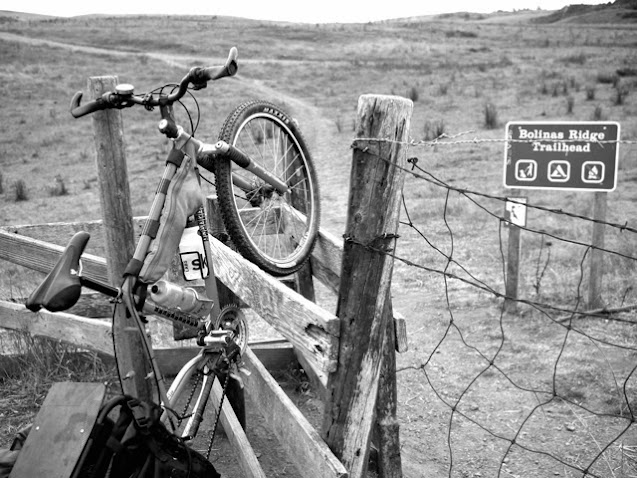 Four hours and only thirteen miles later, I re-emerged worn and dehydrated on pavement. I was grateful to make faster mileage by road, but with some resignation that the last of the country roads were behind me.  The dirt parking lots filled up as I approached the western flank of Mt. Tam. A pair of hikers whistled and pointed and I watched a pair — no, a trio — of coyotes trot down the hill and towards the sea. Their tawny pelts were almost invisible against the dry grass, but their gait was wry and self-assured. I filled my water bottles at a ranger station and crouched into the wind to descend back into the city. 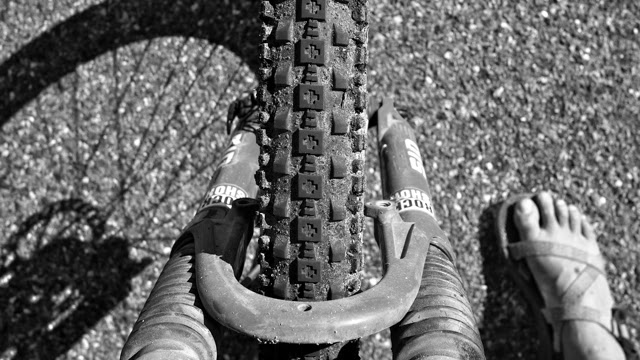 Return to pavement on Ridgecrest Road.

After rivers, redwoods and ridgetops, I had returned in time for the afternoon commute. I rejoined the stream, another city wight on my way home. I boarded a ferry and watched the profile of Mt. Tam recede into luminous twilight. I wondered at those others riding the ferry too. Like me, they were taking the scenic route, the indirect, the long way. Like me perhaps, they were holding the approaching city for a moment at bay.

Taking the long way home clears the mind with geography. We wander to take perspective and in doing so, a cartographic metaphor is made literal. Here I found a story by following the trace of a city from timberland to farmland to parkland and back. It is easy to frame Nature as a picturesque there, but as I wander, I find my footprint here as casual and present as a coyote on the hill.

Strikingly, you can ride 100 miles south from the Russian River almost entirely on very low to no traffic roads. See my route map of the meander here and the full set of photos here. 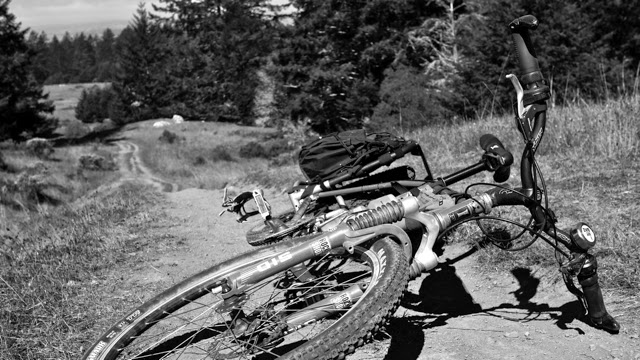 Resting a moment on the way up to Bolinas Ridge. 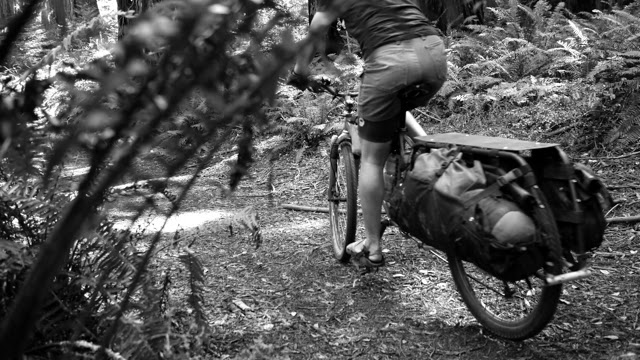 Passing swordferns on the rolling ridgetop. 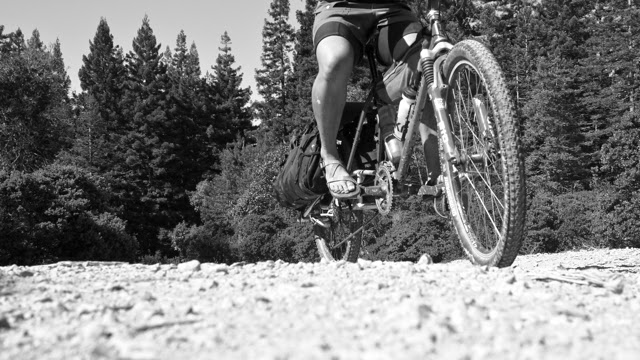 Out onto shattered sandstone at the south end of the trail. 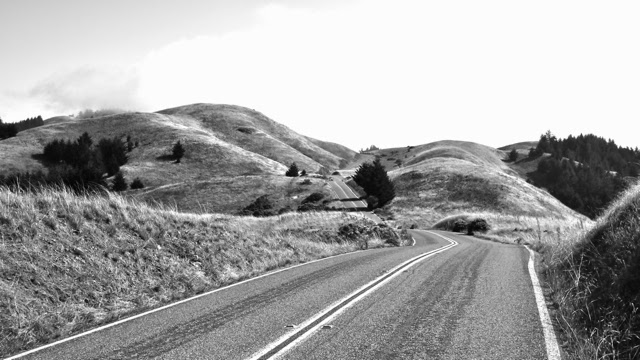 West Ridge Road. The pavement is a welcome relief from sledgehauling through the woods. 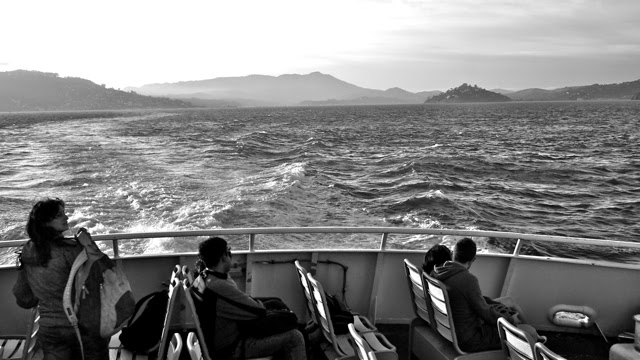 Ginger is a human-powered adventurer based in Oakland, California.
View all posts by Ginger Jui »
« Oaktown BBQ Bike Tour
Ghost Rider of the Trans North »

2 thoughts on “The Long Way: Russian River Redwoods Back to the Bay”