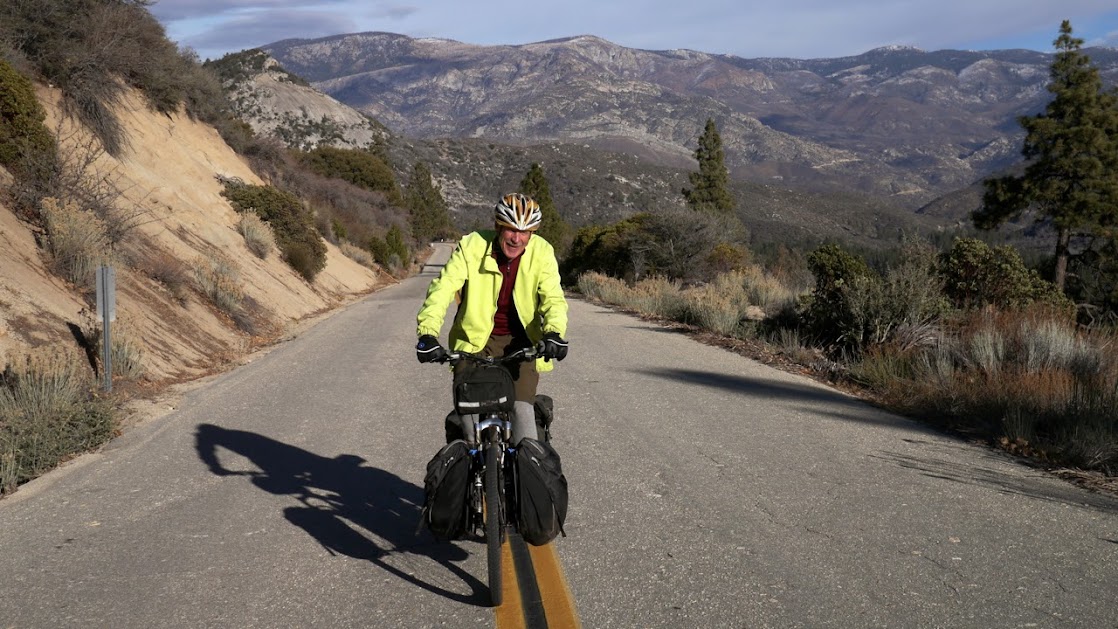 Jim dances on the pedals.

“Well, Jim was showing us this shortcut…”

Jim’s an organizer with the Norcal Cycle Touring Meetup Group and that’s how Jim Ride stories usually start. More often than not, they end with the group walking out to find search and rescue waiting for them back at the trailhead. I first met Jim — a whip strung old dude with a salt and pepper mustache — on a long weekend tour last year. He’s old school and he’s been leaving me voicemails ever since. The invitations range from 100 mile dayrides in the Santa Cruz mountains (“We’re leaving 5am tomorrow!”) to longer weekend bike camping trips.

When Thanksgiving came around, I leapt at the chance to join his tour of Sequoia National Forest. Jim promised me flea bag motels, redwoods and hot springs — if we didn’t get snowed out. This would be my chance to earn the Jim Ride merit badge.

Jim’s Famoso to California Hot Springs loop [route here] starts at the Amtrak station in Wasco. The last sold out train going south rolled in on Thanksgiving’s Eve but only a few travelers got off in this dusty Kern County town. I dropped my bike onto the platform, turned on my headlamp, and pedaled seven miles out of town to Famoso Inn. I crept into Jim’s unlocked room at half past midnight and groped my way around to an unoccupied corner among the other cycle-campers crashing on the floor. I didn’t bother turning on the light. It’s the kind of place where it’s best to get in after dark and leave before it gets light enough to see the carpet. 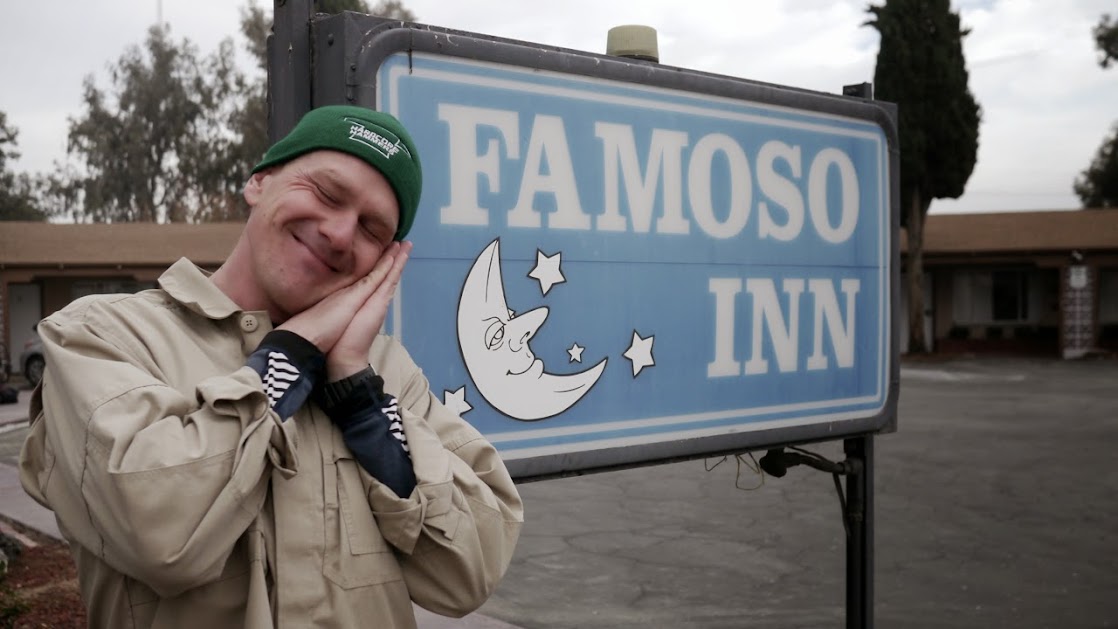 The next morning, Jim led the way up into the rolling ranchlands of the Sierra foothills. At the second major intersection, he turned and made a bee-line south towards Bakersfield. I double-checked my Google map printout. A road sign 20 yards up confirmed that our next destination Glenville was twenty miles east, not south. One of the riders in the group made off after Jim, who declared, “I’m nine hundred and ninety nine percent sure it’s this way,” and disappeared down the road.

I shrugged. “Well, I’m going this way!” I shouted after him. Two other riders followed Jim south, while two renegades — myself and another rider Chris — continued our steady climb into the hills. 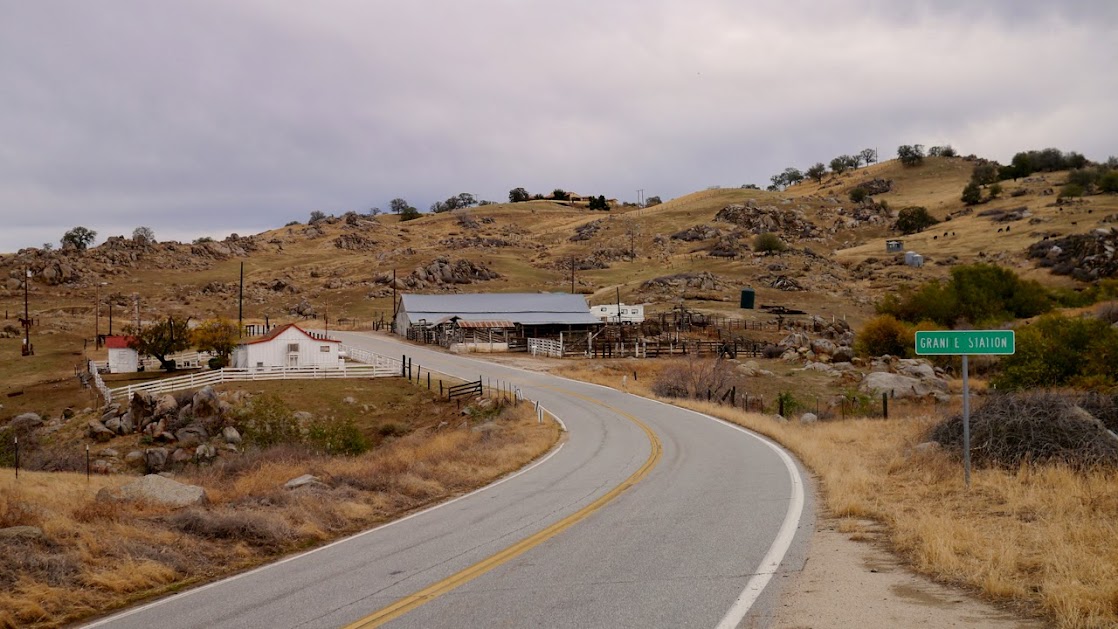 Climbing into the Sierra Foothills.

A few hours later, I heard gears cranking behind me and was surprised to see Jim pedaling up from behind. “Are Mik and Bill with you?” I asked.”They took off!” Jim replied, “They were flying. FLYING! I wasn’t going down THERE to CATCH them! ” He had left them at the bottom of the big descent and chased up to catch me.

By dusk, Jim had long ago dropped me on the 6000ft ascent to Greenhorn Pass. I had seen neither hide nor hair of our companions for hours. When I finally rolled into camp at the edge of the Kern River, I was puzzled that Jim wasn’t ahead of me. Our SAG vehicle (long story, don’t ask) was dragging in the last of the riders when Jim finally rolled into camp.

Jim said, “I THOUGHT you’d find me at that BAR!”

I rebutted, “Which bar!” It hadn’t escaped me that the only shops open in Kernville that evening, the night before Thanksgiving, were the overabundance of bars.

“I left my bike outside with the rear light BLINKING.” Jim was so cold after the long descent from Greenhorn Pass that he rolled into the first bar in town for a hot cup of coffee. The locals there liked him so much they started buying him rounds.

Well, long story short, group communication self-destructed this trip. We skipped the redwoods in Sequoia National Forest. The group split up after visiting California Hot Springs (pro-tip: the showers in camp are hot but the pools are tepid) and Jim called the cops on me the last day.

As Jim tells it, his group rode a 60 mile downhill day straight back to Famoso Inn instead of meeting my group in the foothills, in the tiny town of Woody. The next morning, he was convinced out that my group — still riding out of the foothills — had been abducted and made out a missing persons report to law enforcement.  As Mik, Daphne and I rolled into town, we were stopped at a light and received a personal Kern County Sheriff’s escort back to the Wasco Amtrak Station. I was so mad I hardly spoke a word to Jim on the whole 6 hour train ride back north.

It is a typical ending to a Jim Ride story that you get mad, and then a few days later you’re really glad you went. It was a memorable introduction to the Southern Sierras after all. I apologized to Jim at the Meetup group’s next potluck, although not without a few loud, friendly Fuck Yous.

Heck, I’ve got my Jim Ride merit badge now. Remember that time Jim called search and rescue on us? Instead of the other way around, for once. 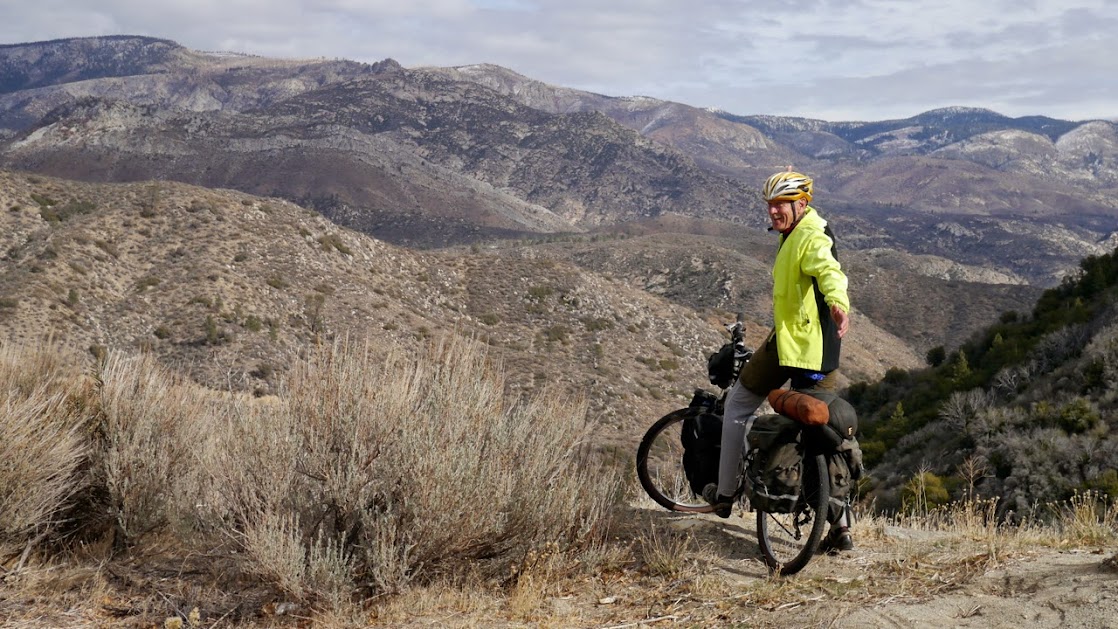 In the distance, Sherman Pass! 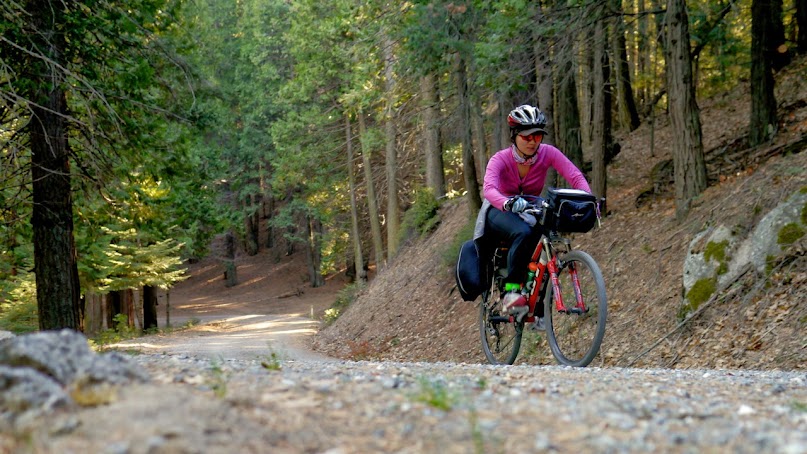 Daphne the Machine pounds the gravel track out of Pine Flat. 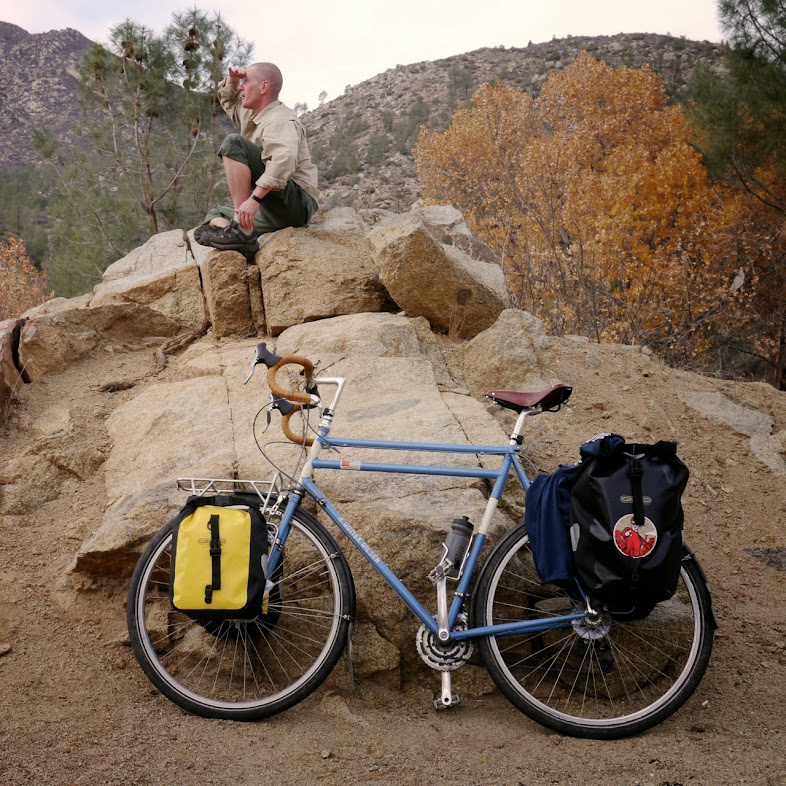 Mik and his old man Rivendell. 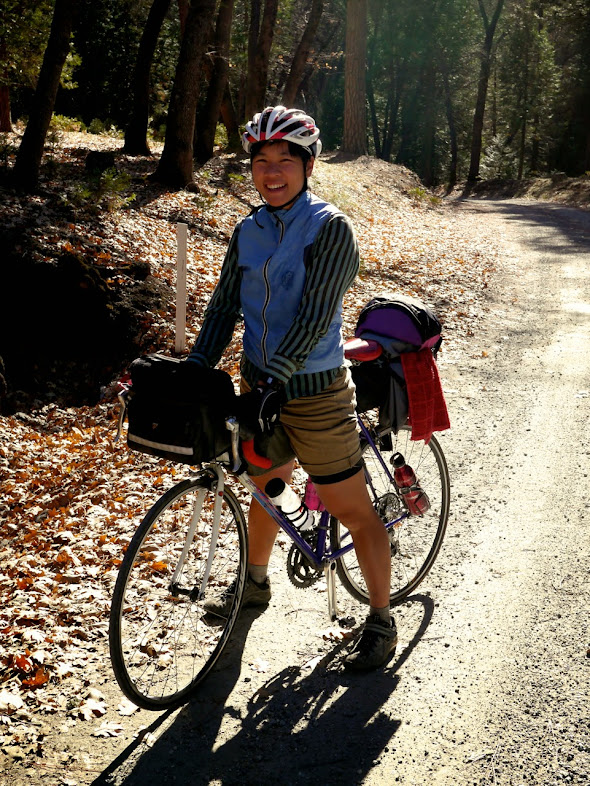 I went gravel grinding on skinnies with minimal gear and compact double cranks. 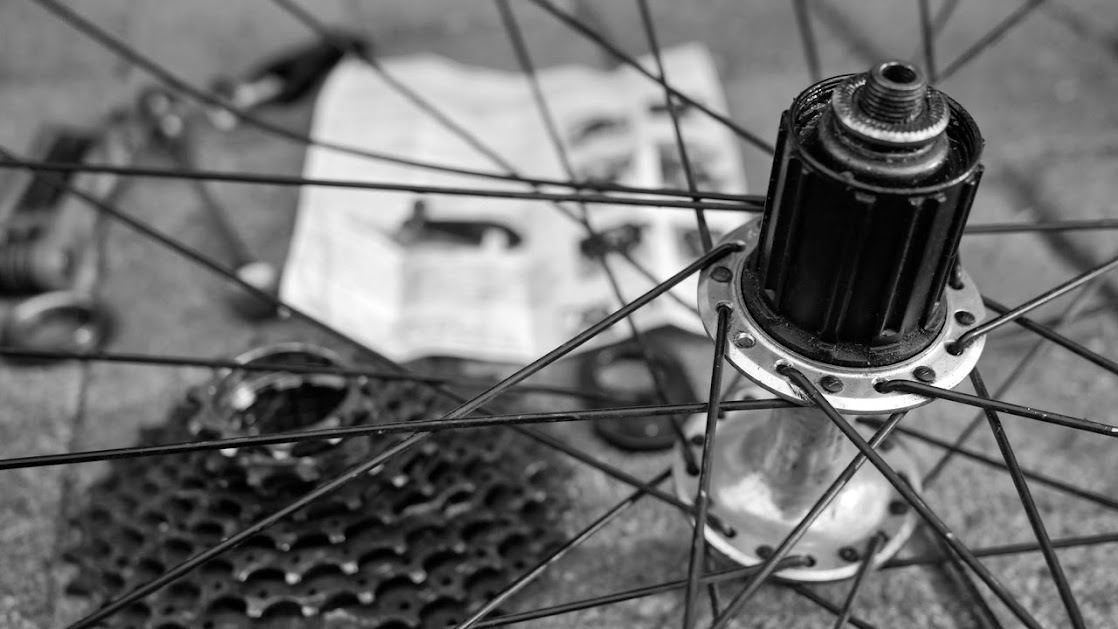 I also carry a J. Stein tool for those inevitable drive side spoke breakages. 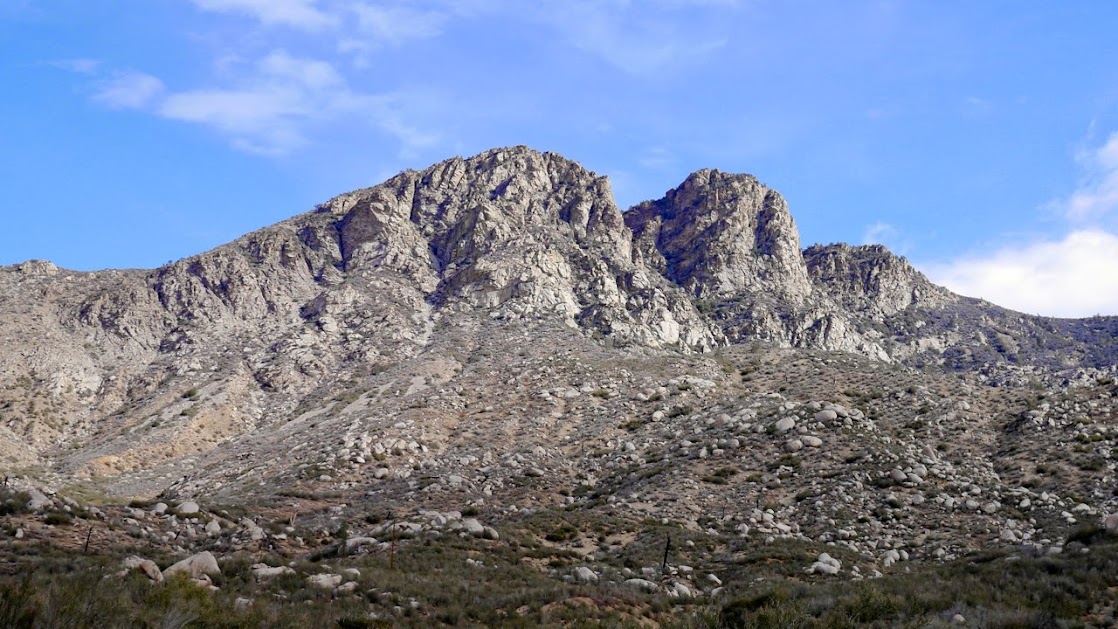 A classic Sierran Batholith, overlooking the Kern River. I was re-reading John McPhee’s Assembling California this trip, a very good read when surrounded by California geology at its grandest. 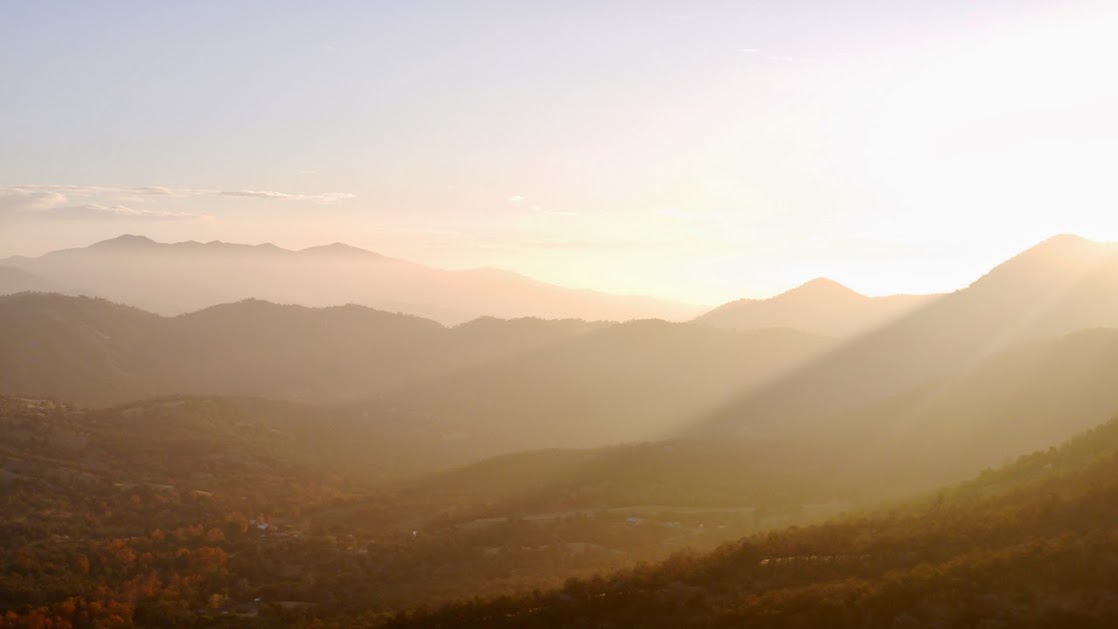 California Hot Springs Resort is down there somewhere. 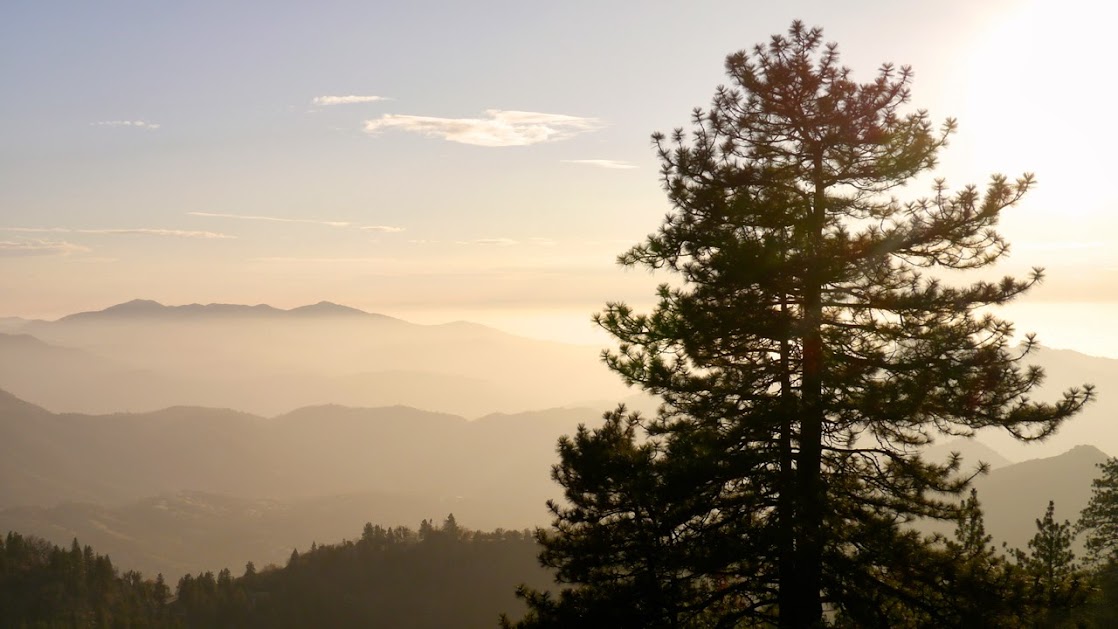 That’s the things about a Jim Ride — he knows every corner of California and you’re always glad afterward that he took you there.

Ginger is a human-powered adventurer based in Oakland, California.
View all posts by Ginger Jui »
« Sea Roads: Tomales Bay Bike and Kayak Overnight
How To: Teach A Cyclist to Sail »