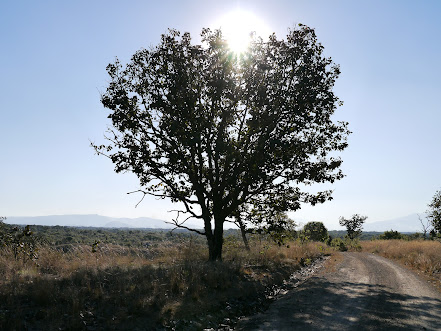 A friend back home told me there was a guy in Guadalajara who knew all the dirt roads between Guad and the coast. By the time he lapped me, I had figured out Peter was something of a badass in Guadalajara’s mountain bike scene. We were pre-riding a racecourse in Bosque de La Primavera — a line of oak and pine covered hills just west of Guadalajara.

Peter moved from San Francisco to Mexico in the 80’s. These days, he spends half his time in Guadalajara, where he does construction contracting and runs a wood-fired pizza joint. The other half he spends in Mascota, the ranch town where he spent his teenage years. Chatting in back of his pizza joint, Peter pulled out a topo map of Mascota. Hand-drawn lines radiated out in all directions.

The mountains around Mascota are full of old donkey tracks. Nowadays, ranching families are buying pickup trucks — the rich(er) man’s iron donkey. Now Peter and his buddies are taking pickaxes and turning the abandoned tracks into singletrack trails. “I don’t think you’ll want to ride these on your bike.” As if to emphasize the point, he pulled out a ballpoint pen and filled in another set of switchbacking Z’s. 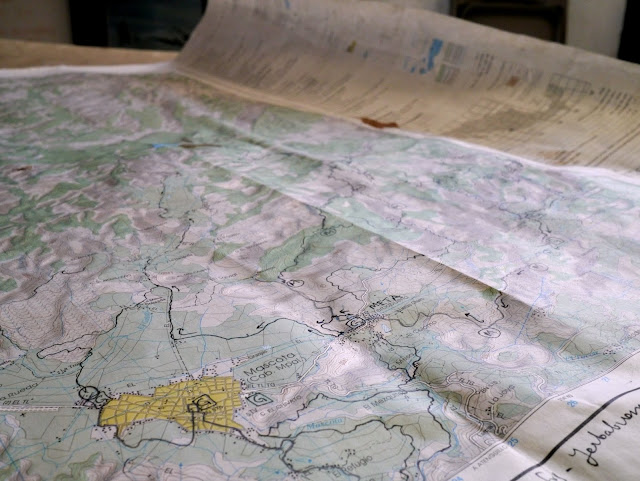 Peter likes his singletrack steep, nasty, and technical. Preferably with a cliff at the bottom. He runs one of the races in the series on hometurf in Mascota. This year, the race officials made him take out part of his latest course. They felt it was too dangerous. Word got out to the mountain bike community. They protested, “Put it back in!”

He told me this story with the attitude of a man fairly cavalier with his own safety and a bit conflicted about looking after that of others. Fun however is another matter. He glanced at my touring bike. It’s an old steel Miyata, fully loaded with panniers, a basket, and aero bars. He looked almost accusingly at my tires, a pair of semi-skid Schwalbe Marathons about 3/4 as wide as usual mountain bike tires.

This assessment lasted for the flicker of a second. Then he asked, “You like riding singletrack?” He was meeting some buddies later in the day, to pre-ride the course for a race on Sunday.

He thought I´d have more fun riding a mountain bike. He lent me an old steel Rockhopper for our ride that afternoon. It had a fat, rusty weld on the bottom of the seat tube. I started cleaning off the chain pullies, which were caked in grease and mud.

“I´m knocking the crud off,” I said, and didn´t make any friends. It turned out it was Peter’s first mountain bike. His grim look told me he didn’t like the word “crud” associated with it.

He got his come-back quick. Right off, he watched me endo over the Rockhopper and come inches within flensing myself on a nest of barbed wire. Then he lapped me, along with guys in Spandex and a kid in t-shirt and tennis shoes. He grinned rafishly and excused me with, “You´re not used to that bike.” I wasn’t grumbling though. The course was awesome, following old mining tracks that edged along collapsed mine shafts and shunted through narrow dynamited passages.

After the ride, Peter bought me a Coke. I hadn’t had a soda in years, but how could I miss out on a Mexican Coke, made with real cane sugar! Half an hour later, we pulled into a Walmart. Peter bought five pounds of sliced pepperonis and I threw up my lunch and the soda in the parking lot. “Too much caffeine,” I croaked.

Having dispelled any illusions about my bike handling skills — and the delicacy of my constitution — I asked Peter about a dirt route out of Guadalajara. Obligingly he drew me a map for a helluva ride through the Sierra Occidentale. 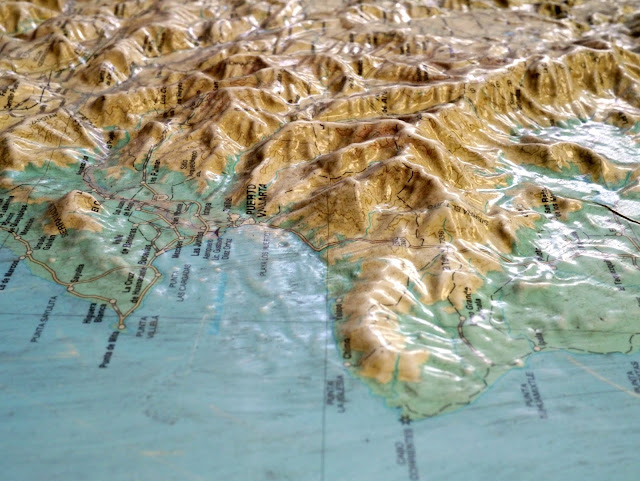 A relief map showing the Sierra Occidental. My traverse from Guadalajara to Puerto Vallarta took 8 riding days, mostly on dirt. My route approximately here (some roads are not on Google maps!). 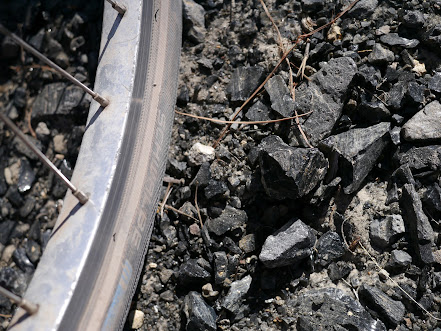 Peter sent me over a route through the Bosque de La Primavera named Obsidiana. A road paved in obsidian. 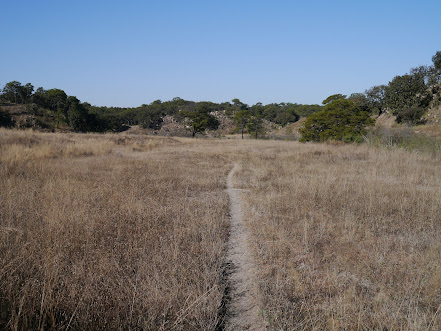 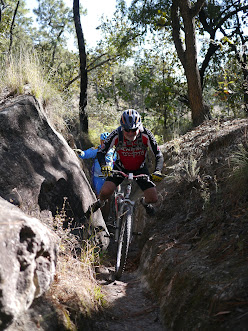 Panniers or no, I wasn’t the only one who had trouble getting through the narrow spots. These mountain bikers were incredulous that I was riding singletrack fully loaded. I was too as I hefted my bike over technical ascents. 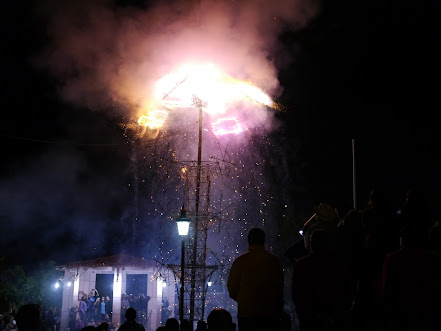 Setting the castillo ablaze in San Felipe de Hijur. I stumbled upon a fiesta that attracted every vaquero for three mountain valleys over. A very drunk man (it was about 2pm) told me, “Tonight there will be like, 1000 people dancing! And 300 girls!¨ I thought, man you need more girls. 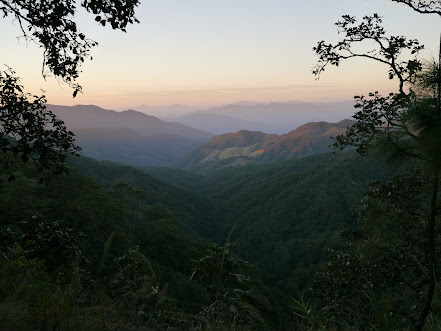 Golden hour in the Sierra Occidentale. 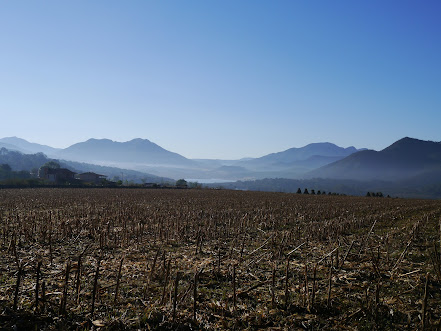 Presa de Corrinchis, a reservoir and camp outside of Mascota 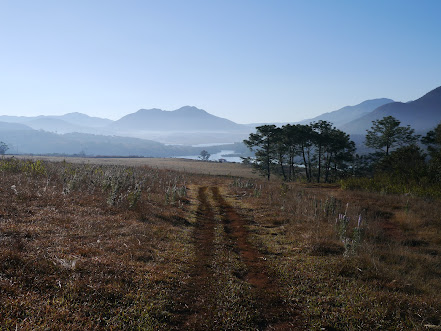 Another view of Presa. 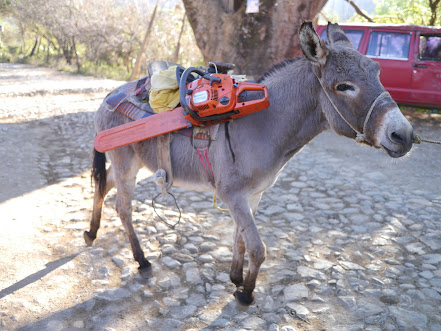 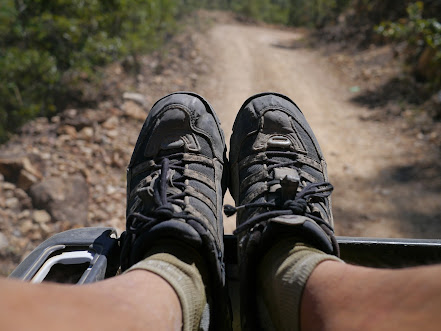 Hitchhiking to the mine above Cuale. 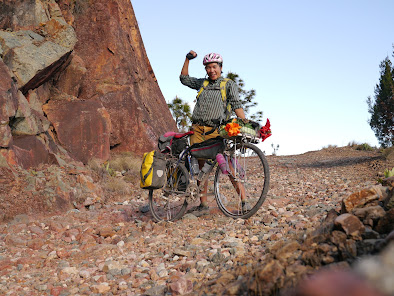 The descent from the mine was rocky, loose, and terrifying! After taking a couple falls, I bolstered my confidence by smiling for a self-portrait. 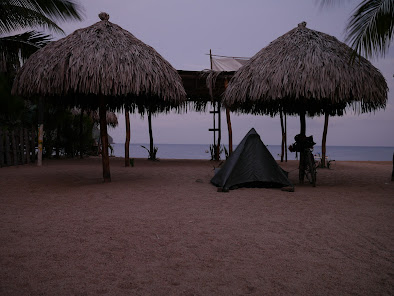 Palapa camp at Yelapa. This touristy beach town is located at the tip of Banderas Bay, a 1 hour water taxi ride away from Puerto Vallarta. 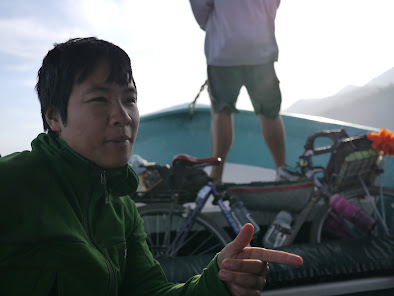 I had my picture taken by some tourists on the boat ride to PV. The night before in Yelapa had been the annual Valentine’s Day Bash. The gringo bar played reggaeton at horrific decibels next to my tent until 4am. The tourists asked, “Did you check out the party last night?¨ I replied, ¨”I think the party came to me.” 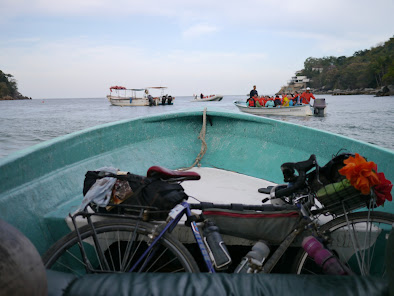 By land and by sea, I arrived in Puerto Vallarta.

Ginger is a human-powered adventurer based in Oakland, California.
View all posts by Ginger Jui »
« Bike culture’s home-sweet-home in Guadalajara
Engine Failure »

One thought on “Offroad to Puerto Vallarta”