I dreamed he looked me in the eye and professed he was unsure again. We were holding hands. So we sat in the dark by a brook and searched for the right metaphor to describe us. He said he was running a marathon. He felt afraid of falling into a hole by the wayside, trapped. I thought, he’s running towards her and I am the hole.

I said no. We are a map. In my dream a large map unfolded. In the center were our roads. Worn and run together. I slid the map to the right and towards me. There are new lines on it there, far from center. They are blazing out from a gray haze, writing themselves. I know he’s on the map too. Off to the bottom right, writing a new life with her.

Half-awake, I listen to the hold sloshing around the fore-cabin. I’m anchored off an island south of the Sea of Cortez. A loud grinding rumble sounds like the keel scraping rocks. I lay in my bunk waiting for the boat to list over and sink. But I know it’s just the anchor chain dragging over a sunken rock. Through the starboard port window, I hear more distantly the squabbling seabird colony above a crash of waves.

Google Maps shows two islands where I am now. Isla Isabel with her central volcanic crater and to the north, a strange, blocky, mishapen island. As we motor off and away, the only other land in sight are two of the Tres Mujeres to the west. Our chart plotter shows us charging straight through the charted island to the north. The digital maps are wrong. The other island is a ghost.

A ghost island to the north. 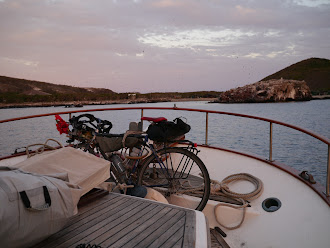 Anchorage off of Isla Isabel 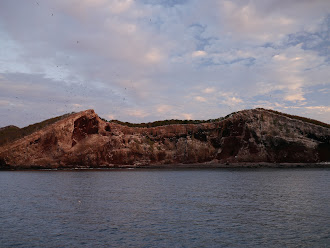 One of many collapsed calderas.. 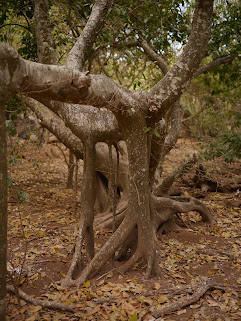 Mangroves. The scrubby forest was eerily alive with unseen iguanas scurrying through dry leaves and the dry castanet clapping of frigate bird beaks. 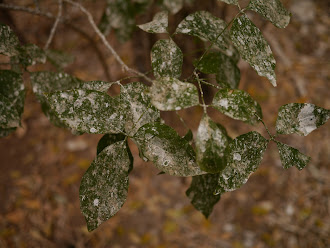 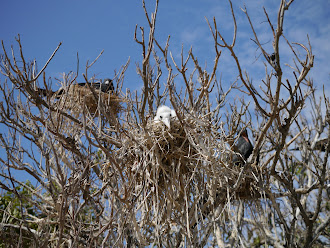 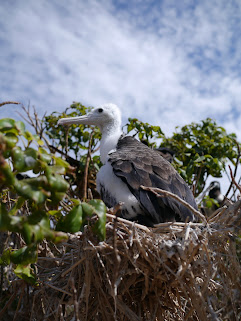 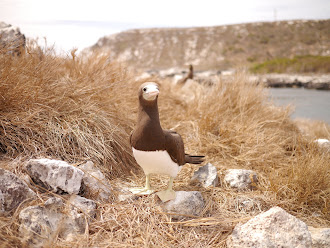 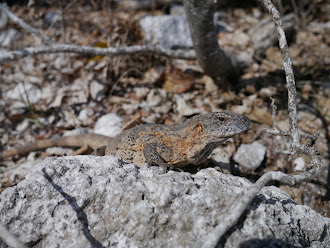 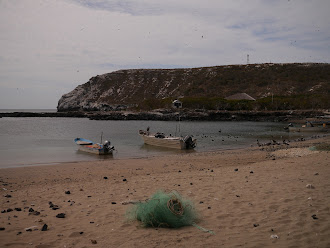 Pangas from the fishing camp. 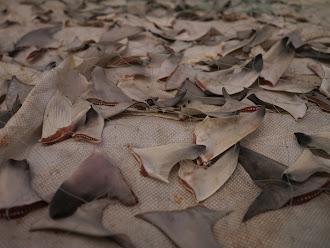 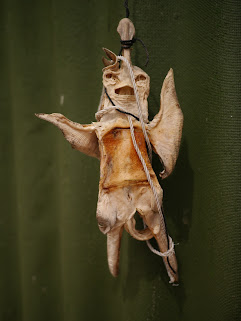 Talisman hanging on the side of a fisherman’s shack. Baby ray or shark? 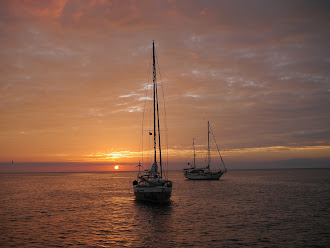 Ocean. The new frontier for cycling.

Ginger is a human-powered adventurer based in Oakland, California.
View all posts by Ginger Jui »
« Engine Failure
How To: Not Panic and Recover Those Awesome Photos You Took While On Bike Tour In Mexico »