The monthly barn dance at Pie Ranch is hands-down my favorite destination for a hoe-down. A bike camping trip to this tiny slice of a farm is easy as pie and just as wholesome. Check out the trip at-at-a-glance for route details.

Day One: 45 miles to Pescadero from Menlo Park Caltrain Station

Our crew of four dashing ladies and two handsome gents loaded our bikes onto the Caltrain at 9am.  After a short stretch through tech-company land outside of Menlo Park, we began our ascent of Old La Honda Road. This well-paved, redwood lined backroad was crawling with spandex warriors. A pair of French roadies passed us twice. On their second lap, Vajda said, “Let’s get’em!” Pacing them up to the summit with Skyline Road, Vajda and I learned they were training for a double century in Death Valley and thought us bike campers very silly indeed. 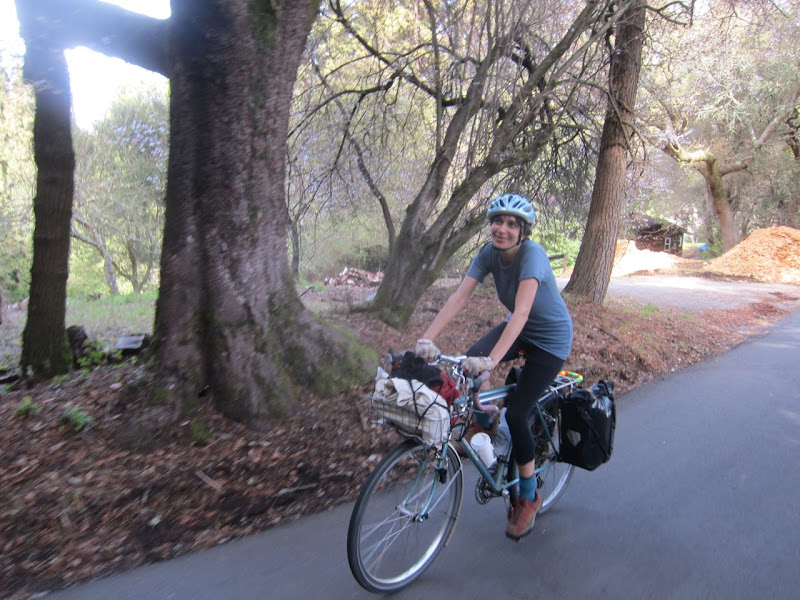 One roadie jealously remarked that Carrie was carrying a microwave. 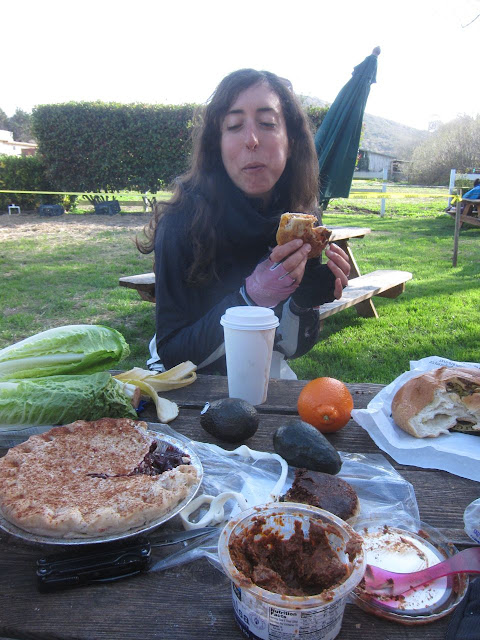 A feast of ollalieberry pie and artichoke bread from Arcangeli's Market in Pescadero.

We reached Pescadero well pass lunchtime. Hunger addled, we followed the rich waftings of butter, bread and garlic to Arcangeli’s Market. We left with armfuls of food — chicken club sandwiches, a triple head of romaine hearts and a fresh baked ollalieberry pie.

After lunch, we lurched our pie-stuffed bellies to the Pescadero thrift shop — the best between SF and Santa Cruz! They had mountain bikes for under $30 out front, and a fine selection of western wear. I picked up a pink party dress for the dance that evening — by far the most impulsive and suitable road purchase I’ve made in a long time.

A tailwind swept us down Hwy 1 to the ranch. We finished setting up our tents by the strawberry patch just before sunset. The fiddles started up just as we entered the bright, cozy barn for promenading and socializing the night away.

Day Two: A big climb (and a bit of dirt riding!) back to Palo Alto Caltrain

In the morning, George earned a bike camping gold star — on his first bike camping trip! Poking around the outdoor kitchen by our camp, he found a convection oven and heated up a rack of cinnamon-sugar English muffins for breakfast. This fella is going to be invaluable in the bike camping community; invite him on your next trip! 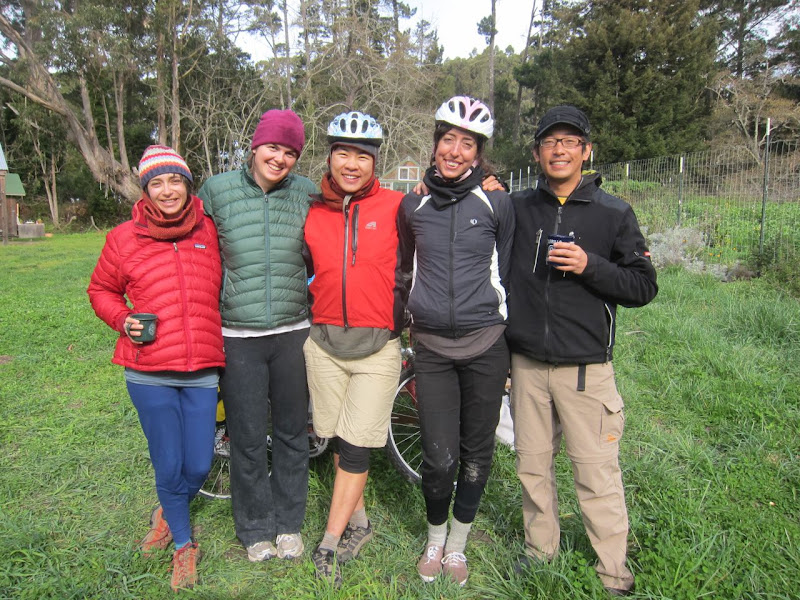 Brooke and I split off in the morning to retrace our steps up Pescadero Road. We stopped for omelettes and burritos in a little La Honda cafe. The waitress happily took our bikes to the back patio, where a string band — “Earthquake Country” — regaled us through lunch. It turns out they have played at Pie Ranch barn dances as well! Our rib-sticking meal fueled us up Alpine Road — a long, beautiful ascent of a redwood gully to eventually top out in coastal chaparral. After crossing Skyline Road again, we took a double-track side path to test out my hard-tail touring skills — and show off Brooke’s offroad touring bike bad-assery. 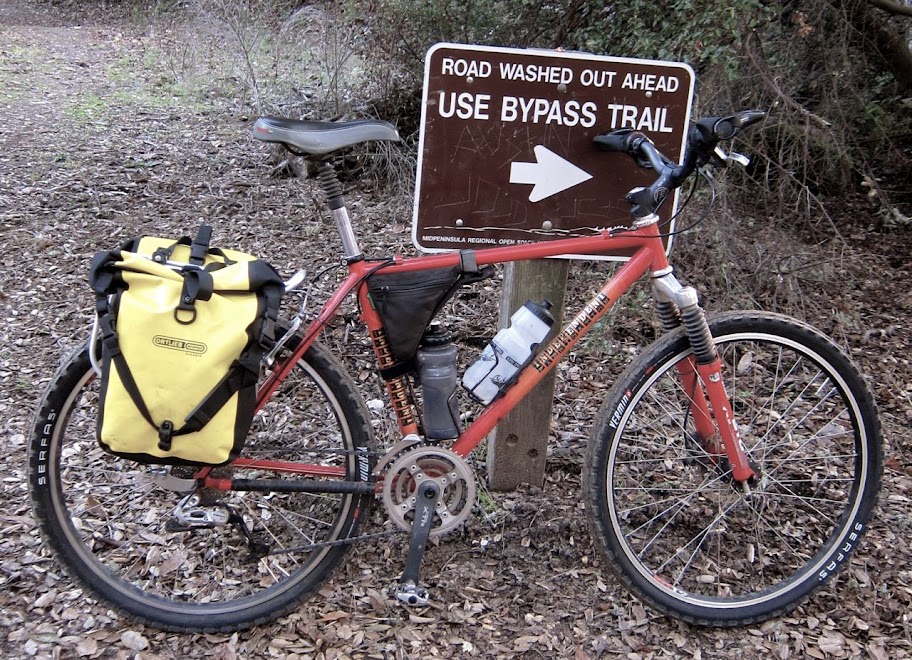 After our double-track descent on Alpine Trail, Indy is so ready to ride the Divide this summer!

We caught the Caltrain in Palo Alto with ten minutes to spare and rolled back on BART into Oakland by dinner time. What a weekend!

Ginger is a human-powered adventurer based in Oakland, California.
View all posts by Ginger Jui »
« Potluck and Barn Dance at Pie Ranch
Inspired by Iceland »