Three years ago, Half Moon Bay was the site of my first ever overnight bike camping trip. I returned to the scene of the crime this weekend, and not alone. Our crew started at the Colma BART 39 strong. We picked up number 40 along the way: Tim, a dreadlocked through-biker headed for Tuscon.

Our fleet consisted of just about every wacky kind of bike — old steel commuters, folding Bike Fridays, long-tail Xtracycles, monstering Surleys, and fine-feathered Rivendells. We carried kit not only in yellow Ortlieb panniers, but in canvas sacks, on our backs, tied to handlebars, towed with a trailer, and dumped in a shopping basket from Andronico’s. 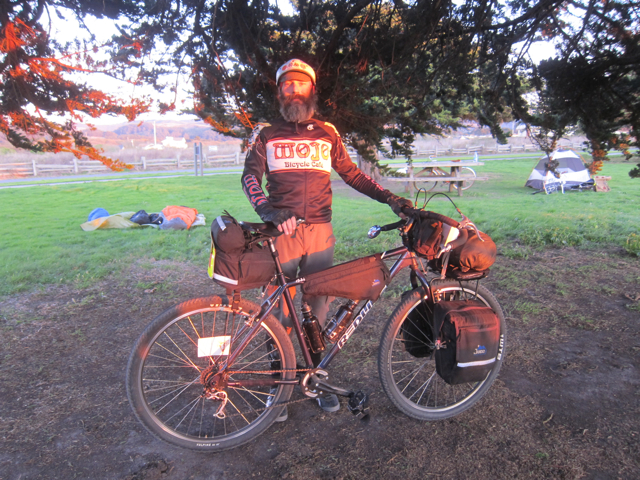 Our 40th rider joined us on the road. 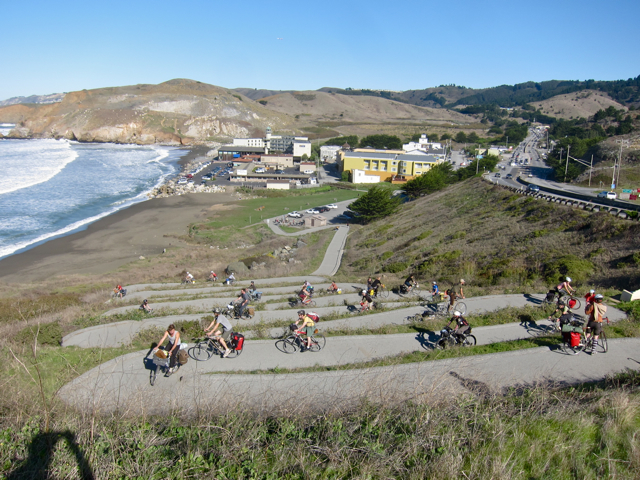 We synchronized our watches and deftly executed Operation Switchback.

Our heroic ascent of Old Pedro Mountain Road, also known as the Planet of the Apes … 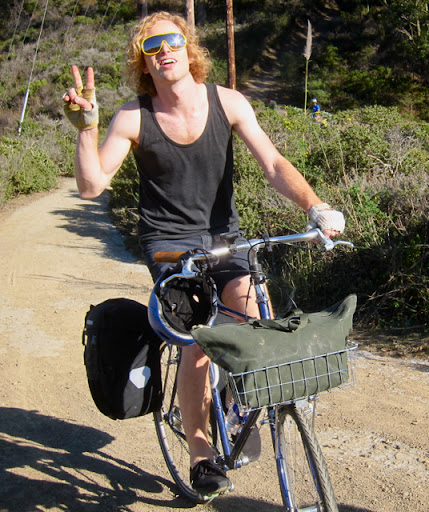 Adam — rock-starring it up the Planet of the Apes.

…was only matched by its perilous descent. We lost one derailleur in the crossing, and not a few marbles as well. 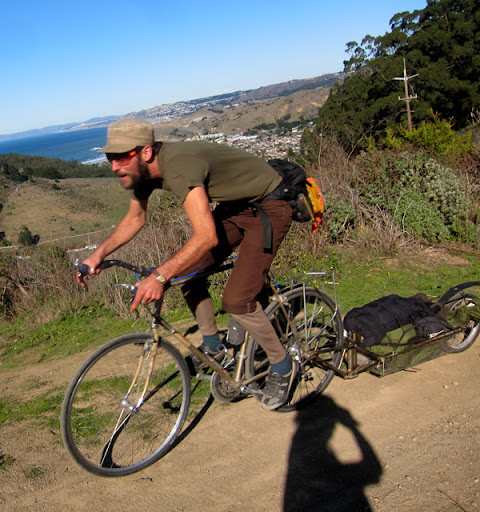 This is the last known image of Todd before his bike was forcefully converted into a single-speed. The madman then rode himself AND the trailer up Purisima Creek the next day!

After the descent, our riders cruised into Half Moon Bay State Park, blowing by standstill traffic on the Pacific Coast Hwy 1. As we prepared an epic evening feast of flambéed calzone, we got hassled by a ranger into paying up, but that meant a new record was officially set for the Half Moon Bay hiker/biker site occupancy.

Sleep and restfulness came easy upon the group. Those of us not lulled by crashing waves and rustling racoons, passed out.